In addition to the challenges that Microsoft has with the planned acquisition of Activision Blizzard in the UK and the EU, the company could soon face problems in the US as well. According to Politico sources, the US Federal Trade Commission plans to file a lawsuit against the deal.

The planned takeover of Activision Blizzard by Microsoft apparently gets another damper: An unconfirmed report from Politico According to the FTC (Federal Trade Commission) in the USA, it is seeking an antitrust lawsuit against Microsoft in order to prevent the deal.

The report cites three anonymous individuals “who are familiar with the matter.” However, the filing of the lawsuit is not yet certain as there are a few steps that need to be completed first. But it says much of the “hard work” is done, so a lawsuit announcement could come soon, possibly as soon as next month.

Similar to the investigations by the European Commission and the UK’s Competition and Markets Authority, the FTC fears that Microsoft’s acquisition of Activision Blizzard could give it an unfair advantage in the gaming market. The FTC has not issued an official statement on the current report.

Microsoft spokesman David Cuddy, on the other hand, made the following statement to Politico. “Microsoft stands ready to address the concerns of regulators, including the FTC, and Sony to ensure the deal is done with confidence.”

Should there actually be a lawsuit, the completion of the planned takeover would be even more questionable than in the past few weeks. Other regulators are also taking a closer look at Microsoft’s plans and are more inclined to step up their scrutiny.

After all, Microsoft could end up in a dominant position among the console manufacturers with “Call of Duty”, “Candy Crush”, “Overwatch”, “World of Warcraft” and the previously acquired brands and studios. Also the PlayStation boss Jim Ryan warned recentlythat Microsoft is “a tech giant with a long history of industry dominance.” 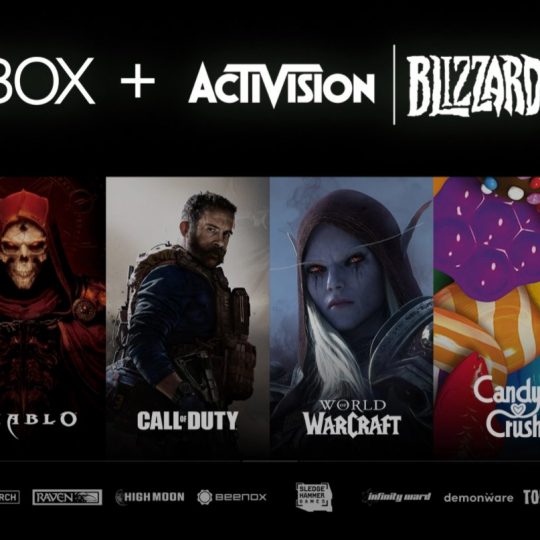 Microsoft’s David Cuddy naturally sees things differently: “Even after the deal is closed, we will still be behind Sony and Tencent on the market. And together, Activision and Xbox will benefit gamers and developers and make the industry more competitive.”

A lawsuit would be the biggest move yet by the FTC, chaired by Lina Khan, to rein in the power of the world’s largest tech companies

Sony, in a recent letter to the UK regulator CMA, claimed that Microsoft’s “real strategy” is to phase out the PlayStation in terms of shooters and Sony more like Nintendo.

Microsoft, in turn, argued that given the “iconic” and “higher quality” exclusives available on PlayStation versus Xbox, giving up Call of Duty wouldn’t be a huge loss.

It can be assumed that the exchange of blows between the companies involved will continue in the coming weeks and months. Investors are also becoming more pessimistic. Activision Blizzard’s share price has fallen significantly in recent weeks.

Update: According to Daniel Ahmad, a senior analyst at Niko Partners, the FTC’s alleged lawsuit is not about preventing the takeover itself. It is more likely that the FTC could force Microsoft to make various concessions.

“This does not mean that the deal would be blocked. There is a whole process to go through before this would become a ‘probable’ result. What’s more likely is that the FTC will ask Microsoft to make concessions (which they likely will) to get the green light,” Ahmad said.

It is conceivable that the competition watchdogs have also zeroed in on the successful “Call of Duty” series, which has been the subject of heated debate in recent weeks.

This doesn’t mean the deal would be blocked. There’s an entire process to go through before that would become a “likely” outcome.

What’s more likely is the FTC asks Microsoft to make concessions (Which it likely will) for the greenlighthttps://t.co/Vwbn2PAkOy

THE TABBLED CAT AND THE SWALLOW SINHA - A LOVE STORY

Skyrim: Aela’s cosplay by Rolyat makes you want another edition of the game