Black Friday at Amazon is currently running until November 28th. Around the biggest discount of the year, Amazon has also drastically reduced its Echo speakers. At the same time, it became known that Amazon’s device division had lost five billion US dollars. In response, the group is cutting a number of jobs, especially in the division that is also developing Alexa. It’s unlikely that the mail order company will stop using voice control, but how many new functions or devices there will be is completely open. So far, Amazon has not managed to make any money with Alexa and the Echo devices, quite the opposite. Almost nobody orders via voice control from Amazon, but only uses basic functions such as controlling music, controlling from the smart home or the alarm clock function. In order to become independent of Alexa, audio manufacturers offer numerous smart speakers. In addition to Bose, this also includes Sonos, which is making a special offer for Black Friday.

Does Google block the parallel operation of Google Assistant and Amazon Alexa?

In order to be able to use Amazon Alexa and Google Assistant in parallel, Sonos had developed the Concurrency function. You can first call up the assistant with the activation word Hey Google and then select the voice control of the same name with the activation word Alexa. This allows customers to switch seamlessly between two different digital assistants. According to Sonos, Amazon would have supported this functionality in the meantime, but Google continues to refuse parallel operation of several different digital assistants on one device. Supposedly, the contracts state that when using the Google Assistant, you can only use it alone on a product.

Google itself does not want to comment on the allegations and, when asked by the Washington Post, only explains that Sonos made “misleading information” about the cooperation. As early as 2019, Sonos explained to both the PCGH editorial team and Golem’s colleagues that technical reasons would make parallel operation of Amazon Alexa and Google Assistant impossible. According to the Washington Post, however, Sonos had already found a solution in the form of concurrency, but probably wanted to protect its partner companies. Users can now specify once whether they want to use Alexa or the Google Assistant on the smart speaker. Parallel operation of the two voice assistants is not possible. 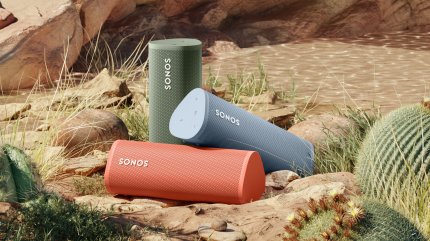 The Sonos Roam offers both Amazon Alexa and Google Assistant. There is also a Sonos app and Bluetooth for control. In addition to three bright colors, the smart speaker is also available in black or white. Source: Sonos

Compared to the previously only Bluetooth speaker and quasi-predecessor Sonos Move, the Sonos Roam is significantly lighter and more affordable, but also has many more functions. The compact speaker measures 168 x 62 x 60 millimeters and weighs 450 grams. Inside are two class H amplifiers. An adapted mid-range driver takes care of the lower and middle frequencies and an elliptical tweeter takes care of the high frequencies. The Sonos Roam consists partly of carbon fibers and is supposed to replace the Sonos One SL in addition to the Sonos Move.

In addition to Bluetooth 5.0, the Sonos Roam also supports Apple Airplay 2 and integrated WLAN. If you already have another Sonos speaker running in your home network, you can easily integrate the Roam and control it via the Sonos app. Thanks to several microphones, the Roam also masters Amazon Alexa and Ok Google. An alarm clock can also be set up via the Sonos app, which can be switched off using a button on the speaker. According to the manufacturer, the Sonos Roam should offer a battery life of 10 hours. Either a USB-C cable or a Qi charging station can be used for charging. In order to withstand outdoor use, the Sonos Roam is waterproof according to the IP 67 standard and is drop-resistant. Amazon is selling the Sonos Roam for Black Friday for only 131.95 euros. On the other hand, you usually have to pay almost 200 euros for the portable speaker. If you want to do without Alexa & Co., you have to go for the SL version of Sonos products. For a short time, Sonos speakers without microphones for Alexa & Co. are also available at a discount.

Instead of Alexa: Sonos offers voice control with privacy

Several million smart devices are in use around the world that have built-in digital voice assistants. You can buy Amazon Echo devices that have Alexa integrated for little money. In April, rumors surfaced that Sonos was working on a competitor. In the meantime, the Americans have officially presented Sonos Voice Control. In the US, Sonos owners will now be able to interact with Giancarlo Esposito, the voice of Star Wars – The Mandalorian, the lawyer from Breaking Bad and its spin-off Better Call Saul. In Germany, the Sonos Voice Control can now also be activated and used within the Sonos app.

There are no plans to replace Amazon Alexa & Co., but Sonos would like to offer an additional operating option for its own speakers with Voice Control. Music playback can be controlled on demand. With their voice control, Sonos pays particular attention to data protection and the privacy of the users, so that no voice inputs are sent to the cloud. Sonos Voice Control works in conjunction with Sonos Radio, Pandora, Deezer, Apple Music and Amazon Music. Other streaming providers will follow at a later date. After all, the Sonos speakers connected to the Internet can be used with more than 100 different streaming services and controlled both via the Sonos S2 app on the smartphone and on the PC.

Alternatives to the Amazon Echo: Smart Speaker with Alexa 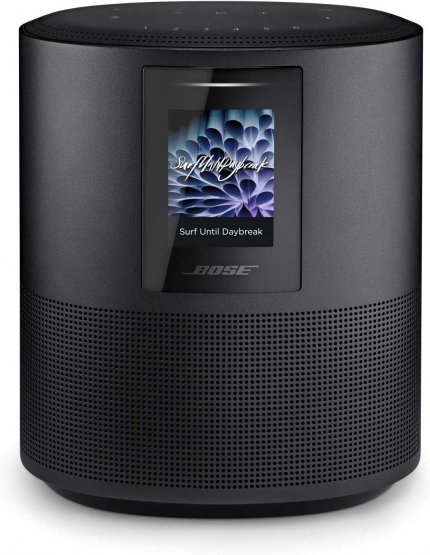 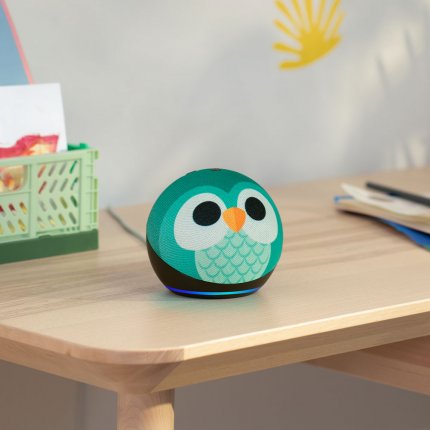 The brand new 5th generation of the Amazon Echo Dot is available both with and without a clock display. There is also a kids’ edition with a special design, such as an owl, to choose from. Source: Amazon

Alexa, a digital assistant from Amazon, has been around since 2014. In line with this, Amazon itself has launched a number of Echo speakers that can be used to interact with Alexa. Around Black Friday, Germany’s largest mail order company is offering a number of Echo loudspeakers with large discounts. The new Echo Dot (5th generation) is currently available for sale on Black Friday with a discount of over 50 percent. Instead of almost 60 euros, you can already purchase the current model year for a slim 24.99 euros. Users should benefit from improved sound, with a new broadband driver and a new speaker. Amazon has placed the focus on clear voice reproduction and a stronger bass. All new Echo Dots come with fabric made from 95 percent post-consumer waste.

The fourth generation of the Echo, which has a 76 mm neodymium woofer and two 20 mm tweeters, promises even better sound. In addition to Bluetooth, a Zigbee hub is also integrated. A 3.5 mm jack is also available. Matching Black Friday, the Amazon Echo is available with a 40 percent discount for just under 60 euros. Instead of the Echo devices, Fire tablets are also available, which, in addition to an Echo Show mode, also have Alexa integration and can also be used as an Android tablet.

Customers have the option of buying a Sonos smart speaker or an Amazon Echo with Alexa on Black Friday, but paying for the purchases later. Amazon customers will then receive the monthly statement on January 1, 2023 and can pay within 14 days by bank transfer or SEPA direct debit. Customers without a Prime subscription can also shop on Black Friday. However, if you have a Prime membership, you get 30 minutes early access to many offers. The Prime subscription currently costs EUR 8.99 per month or EUR 89.90 for a 1-year subscription. If you are not yet a member, you can try the subscription for 30 days free of charge and this also gives you access to Prime Video and PC games in Prime Gaming. Amazon Smile allows customers to choose whether to donate a portion of the sales proceeds to a nonprofit organization. In the Amazon app for smartphones, the donation feature can be activated manually in the Programs and functions menu.

Anyone who is interested in Black Friday 2022 in addition to Sonos speakers for devices with Amazon Alexa and Prime Video such as Fire TV Stick, Echo Dot, Echo Show, Kindle or Ring and other current savings offers from Amazon, Alternate, Media Markt and Co., should not miss our Daily Deals. Our PCGH technology guide portal provides well-founded purchase advice for technology products. Prices of the coveted Geforce and Radeon graphics cards and other technology products can be checked with the PCGH price comparison.

Resident Evil Re:Verse will add a new survivor and costumes

Lightness or autonomy: the new Xiaomi electric scooters give you the choice – Frandroid