Another character trailer of Samurai Maiden – Moving Pictures of Tsumugi

D3 publisher and developer Shade have released a new trailer for Samurai Maiden. This introduces another character from the action game. 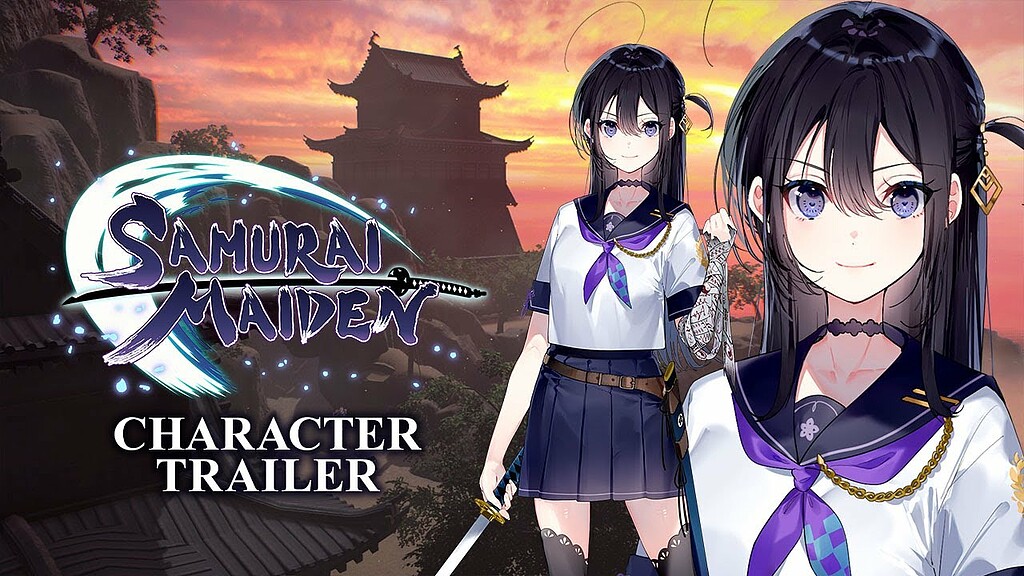 Specifically, we are offered moving images of Tsumugi from “Samurai Maiden”. She is voiced by Yuki Yomichi.

A temple on fire. Puffs of black smoke rise high into the sky. The angry screams of the soldiers can be heard all around. A bearded old man is standing in front of you… Wait, is that Nobunaga Oda?!

A 21st-century young woman with sharp sword skills finds herself in Honnō-ji during the Sengoku period! Along with a trio of newfound ninja friends, she races through the underworld beneath the Honnō-ji, encountering angry corpses at every turn!

Nothing can stop this all-female power team as the young woman-turned-samurai slashes open her enemies while the ninja obliterate them with their fierce ninjutsu! And when push comes to shove, you can activate the devoted heart technique to make samurai and ninja close their lips to hone their skills! There are so many exciting, epic battles to fight!

Slay the demon lord of the Sengoku era and form eternal bonds with your ninja friends! A brand new female-led sword fighting action game is here!

“Samurai Maiden” will be released on December 8th for PS4, PS5, Switch and PC.

Bose Solo 5: This powerful soundbar is irresistible with 42% off

The Witcher 3: what is the PS5/Xbox Series version worth compared to the original? 1st comparison!

Call of Duty: Modern Warfare 2: Composer is fed up and throws down