For the final weeks of Destiny 2 Season 18, Bungie developers have set up a community event. Normally, the event should take a lot of time and grind, but due to an exploit, players completed the event in record time. 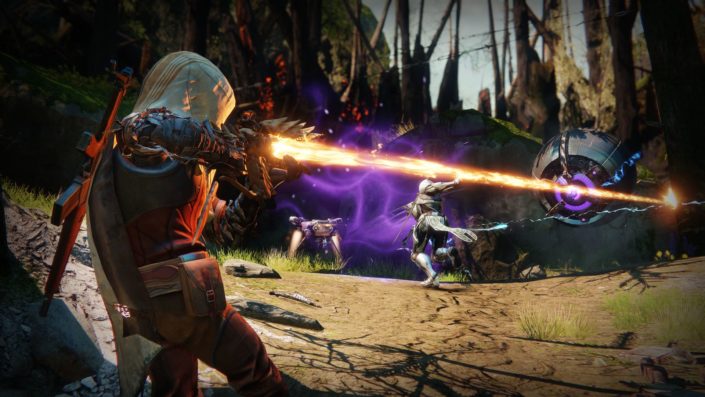 Only a few weeks remain for the players of “Destiny 2” with the current season 18. Because already on December 6th is Season 19 further. To keep the keepers happy, the Bungie developers started a new community event last Tuesday.

Normally, this new task should require some grinding and eat up a lot of time. But of course the tricky players of “Destiny 2” once again found an alternative way and completed the event in just 25 hours.

Players once again find the path of least resistance

The Destiny community is known for its ingenuity. When the developers give the Guardians a difficult or tedious task, the players work tirelessly to find an alternative, easier way to complete it. In the community such exploits are called “Cheese”. Bungie can often only stand by and watch when players have once again found such an “alternative method”. Because such news spreads quickly in the community and by the time the developers fix the exploits, the players have usually already shamelessly exploited them.

This also applies to the recently launched community event. The goal of the players was actually to jointly donate 400,000,000 million Captain Coins by the end of the task to renovate the quarters of the alien race Eliksni. These coins could be earned through a variety of activities. Between three and 100 coins could be earned in activities such as public events, the playlists or the Raid “King’s Fall” be tapped.

However, during the event, players quickly unlocked the ability to donate other items, such as treasure coordinates. From there the whole quest picked up speed because there is an exploit in the game where the keeper can generate unlimited treasure coordinates as long as they own some of them. The whole event was able to be completed in just 25 hours.

Rather than punishing players for it, Bungie seems to have settled for the alternate ending. The developers congratulated the players on Twitter for ending the event in record time. All planned changes to Eliksni Quarters have already been applied to the game. Players can view the redesign for themselves by selecting the Quarters from the Helm.

NVIDIA captured an even greater share of the discrete graphics market - for two, Intel and AMD left 12%

VIDEO. What Richarlison's masterpiece from behind the gate looked like

These are the best smartphones for late 2022!