Rockfish Games has been working on Everspace 2 for some time, and next year the space game should leave Early Access and finally head into the endless expanses. But before that, the title was given one last big update with “Ancient Rifts”. 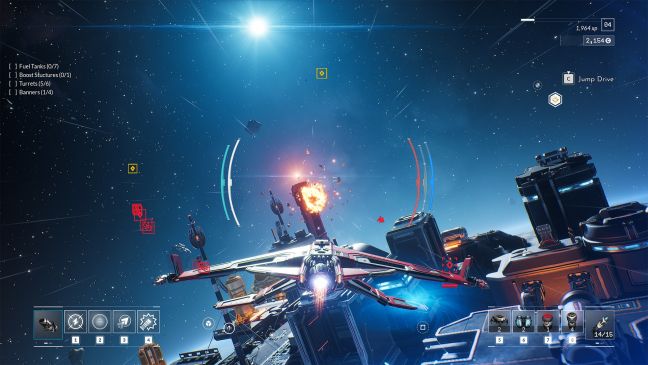 In January 2021, the space shooter Everspace 2 started Early Access. As the Hamburg developers from Rockfish Games have now announced, this phase will soon be over. The game will be released in its final version in the first or second quarter of 2023. But of course there is still a lot to do before that. So that you don’t get bored, the studio has released a new content update with “Ancient Rifts”.

This mainly focuses on the endgame. You can now open portals with one of your buddies that will take you to an intermediate world. These rifts come in different levels of difficulty. Of course, depending on how crisp you set it, the loot will also be better. However, you should always be well prepared, otherwise there will quickly be a rude awakening: If you fly into a rift, you are no longer allowed to change your weapons and have to fight your way through until the boss has been killed.

Rockfish Games has also revised the racing mini-game and the HUD has also received some refreshments. The level system has also been improved. If you don’t feel like Rifts, the developers promise at least a few smaller side missions and tasks that you can use to pass the time until the final release.

On the approaching release of the full version, Rockfish CEO Michael Schade also has the following words to say: “We envisioned Ancient Rifts bringing back some of the crazy mechanics and challenges and the one-more-run feeling of the first Everspace that our space game fans have loved. We can’t wait for the day when version 1.0 of Everspace 2 is released, which features a unique blend of high-plasma action gameplay, space exploration, lots of activities and an exciting campaign in a stunning zero-G environment.” .

The new update for Everspace 2 is called “Ancient Rifts” and will be the last before the space shooter leaves Early Access. In this video you will be introduced to the features in more detail.

Monster Hunter Rise digitally only on PS5, PS4 and Xbox

Halloween Terror is coming to Overwatch 2 next week