God of War Ragnarök: 25% of users have completed the adventure

“God of War: Ragnarök” is now on the market for about two weeks. After this time, 25 percent of the users have already played through the main campaign. 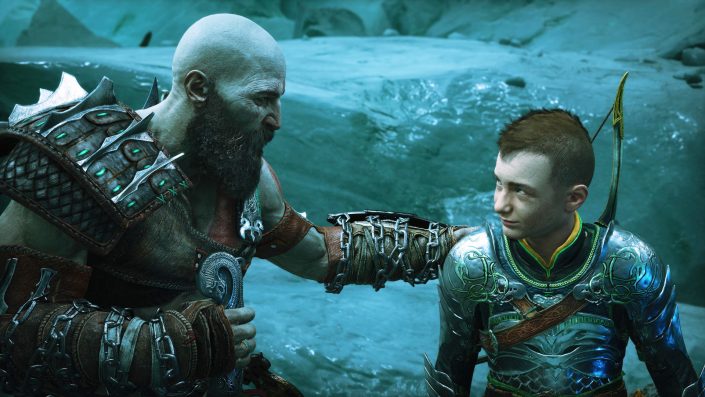 God of War: Ragnarök has been available since November 9th. Before the release, the title had to deal with numerous leaks. However, what was horrifying for the developers seems to have spurred the players on.

Because if you look at the data from the earned trophies, it is easy to find out how many players have already completed the adventure. Although “God of War: Ragnarök” was released just under two weeks ago, 25 percent of the players are already through with the main campaign.

According to the data of the God of War: Ragnarök trophies received so far, around 24.8 percent of the players have completed the main campaign. About two weeks after the release of the title, that’s already a remarkable number, especially when you consider that many users don’t even finish their games. However, few players have seen everything in God of War: Ragnarök and unlocked the Platinum Trophy in the process. Only around 3.9 percent of users have already platinumed the adventure of Kratos and Atreus.

On Reddit it was assumed that many players wanted to end “God of War: Ragnarök” quickly precisely because of the spoilers circulating. Already at the end of October the first spoiler “accidentally” on Twitter, from where they have also been shared on other social platforms. Later, some retailers started selling copies of the game before the official release release to the fans.

“God of War: Ragnarök” it’s also not a short game. The developers had already stated before the release that the game was more extensive than originally planned. The editors of mp1st had estimated that the main campaign of “God of War: Ragnarök” alone without side quests would take about 20 to 25 hours. If you want to complete the adventure completely, you have to invest around 40 to 60 hours.

Netflix: do not miss this new film which is a hit on the platform with Jason Momoa (Aquaman, Fast & Furious)

How many Pokémon in the National Pokédex have Scarlet and Violet?

Xiaomi 13 Lite will arrive in Europe disguised as Xiaomi CIVI 2, will it?