Update 1.26 has been released for Gran Turismo 7. The official changelog from Polyphony Digital reveals what will change and what content is new. 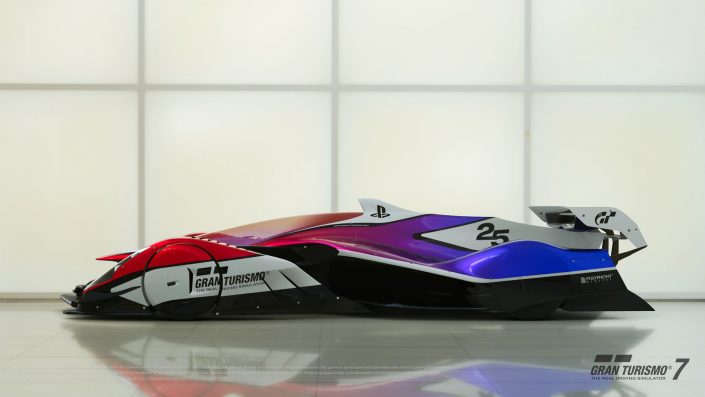 With today’s release of Gran Turismo 7 Update 1.26, Sony and Polyphony Digital have released the full changelog detailing all the changes made with the update.

About the new vehicles and the additional race track we already reported. Also new is the appraisal area, where players can rate their vehicles. Earlier this week, Sony and Polyphony Digital confirmed the possibility of Vehicles for sale in the garage.

More menus await players in the café. And new events have been added to the world tracks, while also fixing some issues and making optimizations. He provides details following changelog.

The following four new vehicles have been added:

To celebrate the 25th anniversary of the Gran Turismo series, a series of events and a special world map have been added.

Added a museum section for DS Automobiles to Europe (France).

The new “Valuation Service” has been added. Further details can be found in the online manual under “Valuation report service”. The “Appraisal Service” appears when you exit the game and complete Menu Book #39 (Championship: World GT Series).

The following two extra menus have been added:

Added 23 new paint colors to the shop in the Real Vehicle Paint section.

Qualifying and Grid Start features have been added to the Lobby.

A new “Popular User” category has been added to the Discover section. A list of players who have “liked” or “reposted” UGC can now be viewed in the content details. Christmas carols have been added to the list of music tracks.

Other improvements and adjustments

Fixed an issue where toggling the “Show Race Info” setting in the “Display Settings” to “Off” would cause options such as B. Tire menus were not displayed during the pit stop.

The “Content Type” function no longer works via a drop-down menu, but via buttons. This change also applies to the Gallery feature on My Page.

Fixed an issue where the rain sound effects would not play correctly on replays; The engine sounds of some vehicles have been adjusted.

Gran Turismo 7 was released for PS5 and PS4 in March this year. Many players are still waiting for the announcement of support for the PlayStation VR2 virtual reality headset, which will be released in February 2023.

You Suck at Parking gets Inferno update for PC and Xbox

Samsung to improve fingerprint scanner security by 2.5 billion times by 2025

Diablo 4 and the open world ‘without borders’: maximum freedom in free roaming missions