The Callisto Protocol is getting closer and accordingly there is more information. After the announcement of the contents of the Season Pass, there is one more clarification and the system requirements are also new. 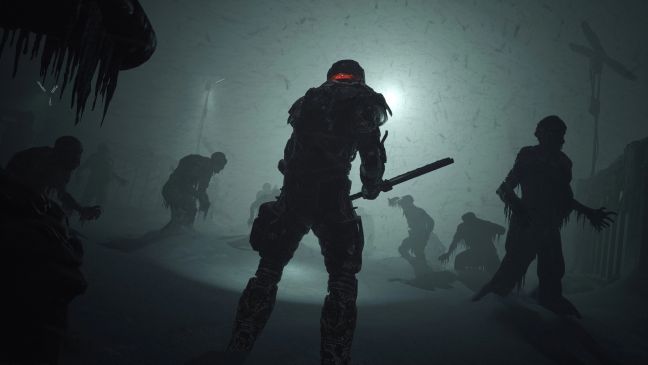 When the contents of The Callisto Protocol’s Season Pass were announced yesterday, the community naturally murmured again. The same revolved around the suspicion that the developers were simply withholding content from the game for the Season Pass, particularly in light of the announced new death animations. Glen Schofield has now countered this accusation with a clear statement.

Accordingly, nothing would be held back, work on the new content had not even started. “We haven’t even started working on this content yet. This is all new material that we will be working on in the new year. The fans have been asking for EVEN MORE death animations, so we’ll be making that a priority for next year,” he said Schofield.

This should probably calm things down for the time being. In addition to new death animations, the Season Pass includes the modes Contagion and Riot, as well as new skins and a story DLC is in sight. The Season Pass is currently only available as part of the Deluxe Edition, but it remains to be seen whether it will also be sold separately.

Apart from that, the PC system requirements for The Callisto Protocol have now also been published via Steam. PC gamers will need at least an Intel Core i5-8400 or AMD Ryzen 5 2600, 8GB of RAM and either an Nvidia GeForce GTX 1060 or AMD Radeon RX 580. DirectX 11 is required, as well as 75GB of disk space for installation.

Recommended requirements include a Core i7-8700 or Ryzen 5 3600, 16GB of RAM and a GeForce GTX 1070 or Radeon RX 5700 with DirectX 12. You’ll also need 75GB of free disk space, with an SSD recommended. Details on the required hardware for ray tracing, 4K and ultra settings have not yet been announced.

We could spend a few hours with the upcoming sci-fi survival horror The Callisto Protocol. A lot of it is very reminiscent of Dead Space, but that’s not bad by any means…

PlayStation 6: Sony gives a clue on the release period of its next generation of console

A hydrogen car with 2,000 km of autonomy at Volkswagen: why it's a bad idea

Ghost of Tsushima: news arrives on the film adaptation