The Witcher 3 on PS5: Cross-Progression, Accessibility Features and More Confirmed

After the technical details of the current-gen upgrade of “The Witcher 3: Wild Hunt”, we received further information about the quality-of-life improvements today. Innovations such as a dynamic mini-map or cross-progression support are offered. 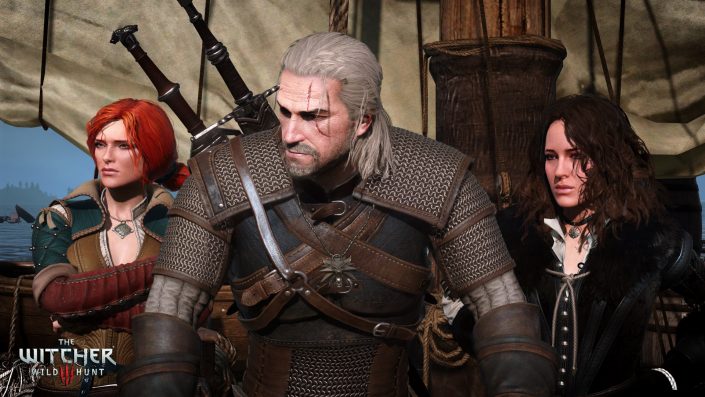 This week, we were introduced to the current-gen upgrade of the acclaimed fantasy RPG, The Witcher 3: Wild Hunt, in the form of a first gameplay trailer.

In addition to the presentation, we received technical details about the implementation for the PlayStation 5 and the Xbox Series X/S today. Improved graphics and two display modes are promised. While Geralt’s adventure is presented in Performance mode in 60 frames per second, Quality mode offers ray tracing support and 30FPS. But not only technically, also playfully various improvements are offered.

The new features include, for example, cross-progression support, which allows you to access your game saves from the PC and the current generation of consoles – assuming, of course, that you have a copy for the respective system.

One of the few criticisms of the original was the rigid mini-map, which could sometimes make orientation a little more difficult. As announced, while working on the current-gen version, the developers took community feedback to heart and paved the way for a dynamic mini-map into the game. On the dynamic map, targets disappear while exploring or fighting. If necessary, the targets can of course be displayed again.

Another improvement concerns the use of the characters, which should now be much easier to use. Other accessibility features include an auto-sprint feature that can be activated with a simple press of the left stick. If you want, you can also adjust the size of the user interface or the screen texts and tailor them to your needs. Rounding out the current-gen upgrade is a new camera perspective that, according to the official statement, “ensures a more cinematic gaming experience”.

The PS5 and Xbox Series X/S versions of “The Witcher 3: Wild Hunt” will be released on December 14, 2022 and include the main game as well as the two expansions “Hearts of Stone” and “Blood and Wine”. Anyone who has already purchased the fantasy role-playing game on PlayStation 4 or Xbox One can download the current-gen port in the form of a free upgrade.

Exact launch and preload dates for Paragon: The Overprime

Published gameplay for Ranmatra – the new hero of Overwatch 2

The Callisto Protocol: How to unlock a free skin pack on day one

God of War Ragnarok: “It’s the best job for me”, when the director of the game opens up about the pressure