VIDEO. What Richarlison’s masterpiece from behind the gate looked like 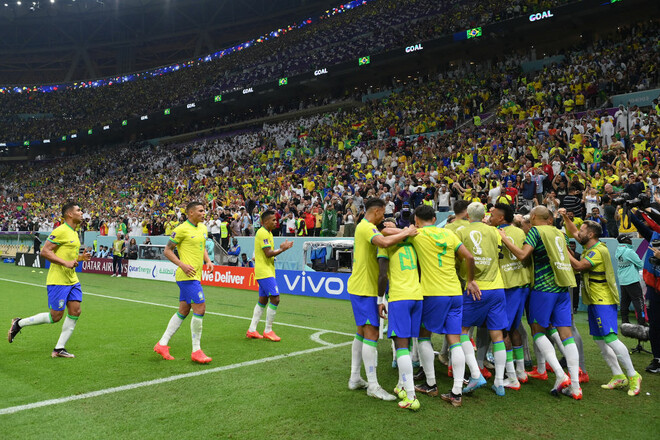 Thursday, November 24, in Lusail at the Lusail Ikonik stadium in the match of the 1st round World Cup 2022 Brazil team beat Serbia (2:0).

Both goals in the match were scored by the Tottenham striker. Richarlison.

And if in the first moment he was in the right place at the right time and finished off the ball into an empty net, then during the second goal, Richarlison created a real masterpiece. The 25-year-old forward took the ball with his back to the goal, but did not lose his head and shot through himself, effectively hitting the goal of the Serbian team.

The official FIFA twitter offers to take a look at this goal from the camera behind the goal. There was no repetition from this angle in the broadcast.

Richarlison! What have you done?! 🤯#FIFAWorldCup | @richarlison97 pic.twitter.com/kCKFdlINXq

What’s the ugliest game ever? Ride To Hell Retribution is in good company