With the Pioneer Pack, those who decide early can climb directly into the cockpit of a powerful War-Mech in War Robots: Frontiers!

The new spin-off of the popular War Robots universe is being developed exclusively for PC and console, the game will be available on PlayStation 4, PlayStation 5, Xbox Series X|S, Xbox One and PC at a later date. PC players can already play the game by purchasing a Pioneer Pack either through Steam or the official website.

War Robots: Frontiers was launched with the Unreal Engine 5 Built from the ground up for modern PCs and consoles to deliver intense, tactical skirmishes with massive, highly customizable mechs. The game is set 200 years after the original War Robots and players fight over a system of worlds dubbed the “Wild Ten”. 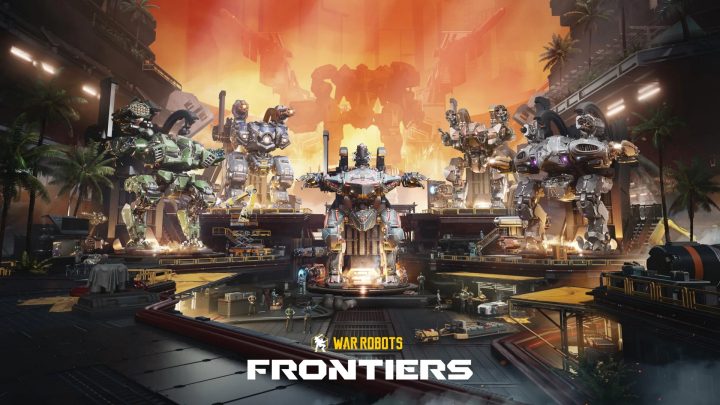 In the hangar, players can assemble their robots from a combination of different components and equip them with their favorite weapons. The mech’s “body” determines which special ability the player has access to on the battlefield. From the Ares Frame’s shield ability to the Bulgasari’s fire abilities, players can currently choose from eight different types that they can mix and match as they please.

Add to that the nine different weapon types that can be fitted into the robot’s shoulder mounts, ranging from melee machine guns to destructive missiles and long-range weapons. More parts, weapons, and abilities will be added over the course of Early Access to give players even more customization options. 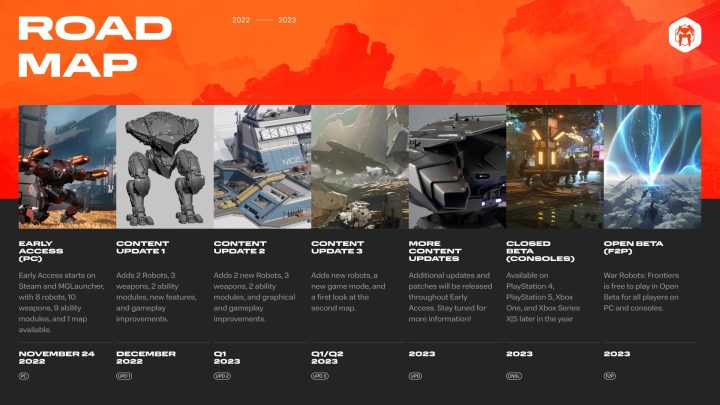 The game’s developers have also released a roadmap of content coming to the game over the next few months. Already in December there will be the first major update with new robots, weapons, ability modules and more. More updates will follow in 2023 with new maps and a further expansion of the customization options available to players.

Pioneer Packs are available now through the game’s website or Steam. A Pioneer Pack contains not only access to the game, but also items for use in the game. Pioneers can participate in the development of the game, be the first to try out new features, and help the developers with feedback and suggestions. After the Early Access phase, the game will be released as a free-to-play version in 2023.

Warframe: Cross-platform play for consoles and PC has arrived

Want to be a TikTok star? Do horrible things!

Genshin Impact: MiHoYo releases a closed beta for version 3.4 of the game

Black Friday: This AMD graphics card is way too big for your PC, but way cheaper than an RTX 3080 Ti

“Kherson is Ukraine!” – “Ukrposhta” prepared a new stamp for the de-occupation of the city – Aroged