WoW: New “Global” servers – Blizzard is preparing for the China-Aus

11/24/2022 at 11:30 a.m. by Philipp Sattler – Blizzard no longer believes in reaching an agreement with NetEase and is currently preparing a way thanks to which Chinese players can continue to log into WoW. They have to come to terms with their neighbors from Taiwan.

Since Blizzard is not allowed to sell its own games independently in China, they are dependent on a Chinese partner. This partner was NetEase for many years. But now the companies are going their separate ways, as we reported a few days ago. If you don’t find a new partner at Blizzard, it means the end for most of the Californian developer’s games in China.

Games like WoW (buy now), Starcraft or Hearthstone would then no longer be accessible to the players. Incidentally, Diablo Immortal is excluded from this, since the rights to it are held by NetEase anyway. This is exactly what Blizzard seems to be preparing for now – with new servers that are not actually intended for Chinese players.

WoW: Distribution of the Mythic+ title “Verveilte” with further problems

Not only disqualifications affect the awarding of the Mythic + title “Veiled” in WoW – now there are other problems.

On 11/30/2022, after the WoW Dragonflight release, there will be a bunch of balance changes for demos, palas, priests, rogues and warriors.

In addition to their own servers, Chinese players have had access to servers from eastern Taiwan for some time. The island has its own server network, but can be accessed from mainland China. This is nothing new so far and many Chinese are already playing on these servers. 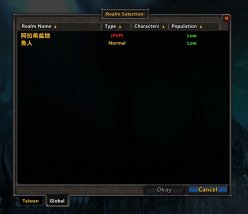 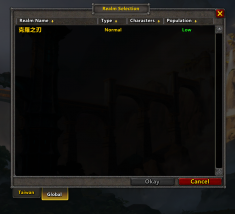 Now those responsible at Blizzard have added a new server category. Where we can switch between the server lists of the different languages ​​via tabs on our European servers, the Taiwanese now get a new “Global” tab. In the future, you will have the choice between your own servers and the global servers – this applies to both retail and classic, by the way. 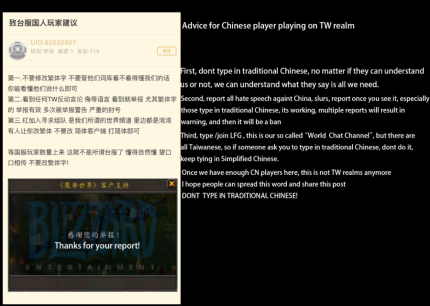 Instruct Chinese how other Chinese should behave on the Taiwanese servers. Source: WoWHead With this, Blizzard hopes, at least that is the assumption, to accommodate the Chinese players on the servers of the neighbors. There is no statement from Blizzard or NetEase yet, but the matter seems to be clear anyway. This leaves a residual doubt, it could also be a completely different reason. However, that would be a huge coincidence and would not explain why there is no communication from Blizzard.

By the way, Taiwanese players are already reporting a massive influx of Chinese players onto the servers. Many have chosen to start fresh right away before their character shutting down forever in a few months. This also leads to problems, since the Chinese and Taiwanese are not necessarily always on friendly terms. Some media have reported mass mutual reporting for using the wrong language (Taiwans mostly speak Traditional Mandarin, while in China Simplified Chinese is more common).

Battlefield is no match for Call of Duty, says Sony

Dirt & pollutants: Well-known honey brands smear off in the test