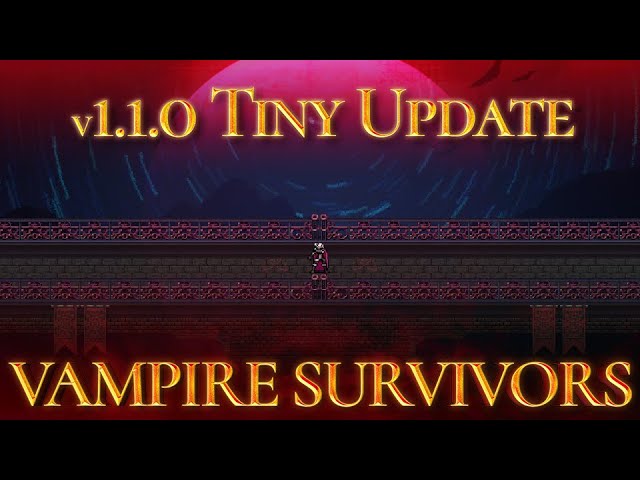 A small update for poncle’s indie hit Vampire Survivors has been released, adding a new challenge stage and a “secret” character. In addition, the game has a new power-up element, the Seal, and two new achievements that can be obtained. Watch the release trailer below.

The new testing stage is called “Tiny Bridge”, where two factions are at war. Once in the middle of the action, the player must somehow survive (which is the name of the game). To unlock the stage, players must reach level 80 in the Gallo Inverse Tower.

The new character is called Scorej-Oni, but the player must discover his abilities for himself. Of greatest interest is the ability to “Seal”. It has ten ranks and allows you to remove an item from the choice of leveling up. You can also expel objects from light sources.

By sealing a weapon, it will be removed from the prohibited items list when the race begins, making it easier to plan your kit. Sealing an item does not remove it from the loot table, but converts it into a gold coin to keep the number of items dropped.

Vampire Survivors is available for PC, Xbox One and Xbox Series X/S. It can also be played on Game Pass.

The closure of the Twitter office in Brussels worries the European authorities: it will be difficult for the social network to comply with the requirements of local laws

Mikolenko received a low score for Everton’s match against Newcastle