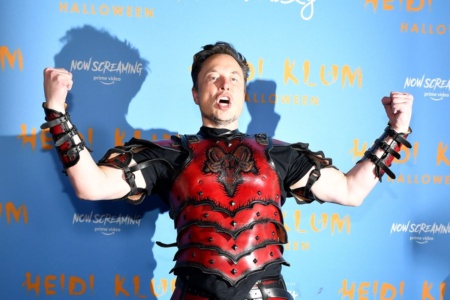 Twitter owner Elon Musk has decided to offer a “general amnesty” to banned accounts from next week, primarily targeting “toxic” users banned for radical statements. Everyone who did not break the law on the social network and did not send spam will get a chance. This is the second major moderator decision he has made since taking over as CEO after returning the account of the 45th President of the United States, Donald Trump, to the network. Both decisions were made after Musk conducted an informal poll on his personal account.

The decision to abolish years of Twitter moderation effectively severely limits or cancels Musk’s original promise: to create a diverse board to help make serious moderation decisions. Musk dropped the idea, accusing “groups of political and social activists” of violating the alleged “deal” – a claim that no one else has confirmed.

In an informal survey, 72.4% of respondents voted in favor of unblocking those banned. The voting pool exceeded 3 million votes. Note that Musk has long tried to back out of buying Twitter based on allegations that the service was filled with bots and inauthentic accounts. Whether the bots voted in the poll is not known.

Should Twitter offer a general amnesty to suspended accounts, provided that they have not broken the law or engaged in egregious spam?

It is still not clear which accounts will be unbanned. Elon Musk indicated that users who “violated the law or engaged in egregious spam” would not receive an “amnesty”. Musk has previously described some minimum standards beyond breaking the law. Although he spent a lot of time dealing with right-wing complaints, he expressed opposition to the idea of ​​allowing someone like Alex Jones (a well-known conspiracy theorist whose account was deactivated for inciting violence) to return to the social network.

Restoring the majority of suspended accounts could create a lot of drama on Twitter. The social network will definitely not become more comfortable for many, but, undoubtedly, events will develop in an interesting way.

Twitter is on the verge of bankruptcy. Elon Musk complained about the “terrible” financial condition of the company and fired new top managers

Android 13 finally arrives on these Xiaomi tablets and smartphones

Aroged: The Ministry of Digital Development proposed to create a program to support the development of domestic video games

GOG.com is giving away a free game for Halloween