Anno 1800: Details of the main island of Mānola and its monument

Anno 1800 Season 4 is coming to an end and DLC 12, “Rise of the New World” has now been presented. The developers had already touched on the new resident level with their needs and presented the new monument, which we have all discussed in the article linked below. Today is about the expansion of the New World.

The new developer diary details the expansion of the New World region and the new islands that will be added via the DLC. Even in the main game without expansions, the New World was always a scarce commodity, which became even more difficult to manage due to the lack of commuter docks. At the latest now, with the new resident level, this must be changed. According to the developers, the New World was deliberately designed to limit the gaming experience, and despite some players’ amazing space management, the space isn’t enough from DLC 12 onwards. Focusing Season 4 on the New World therefore meant a) offering new exciting mechanics and b) at the same time creating additional possibilities to increase efficiency and save space (e.g. Hacienda farms or the commuter modules of the airship platform).

“Rise of the New World” adds an additional population tier as well as several new production chains, as the developers already described in the last blog; in addition there are the quality of life needs, which may also require additional production capacities in this southern region. Therefore, according to the developers, it made sense to take an extra step to address the space issue mentioned above, and a seemingly “simple” step at that: create more building space!

And that’s exactly what we’re doing with this final DLC of Season 4: the New World region is being expanded on both of its northern borders, adding another strip of space for additional islands. That’s an increase of about 30%, making the map now larger than the Old World. Of course, there are still some limitations for the card size in general, first and foremost is the performance.

To add island variety, especially now that the New World is quite a bit bigger than before, the level art team set out to create several new islands to add to the general New World map pool. Players can expect 3 new small islands, 4 new medium islands and 3 new large islands. 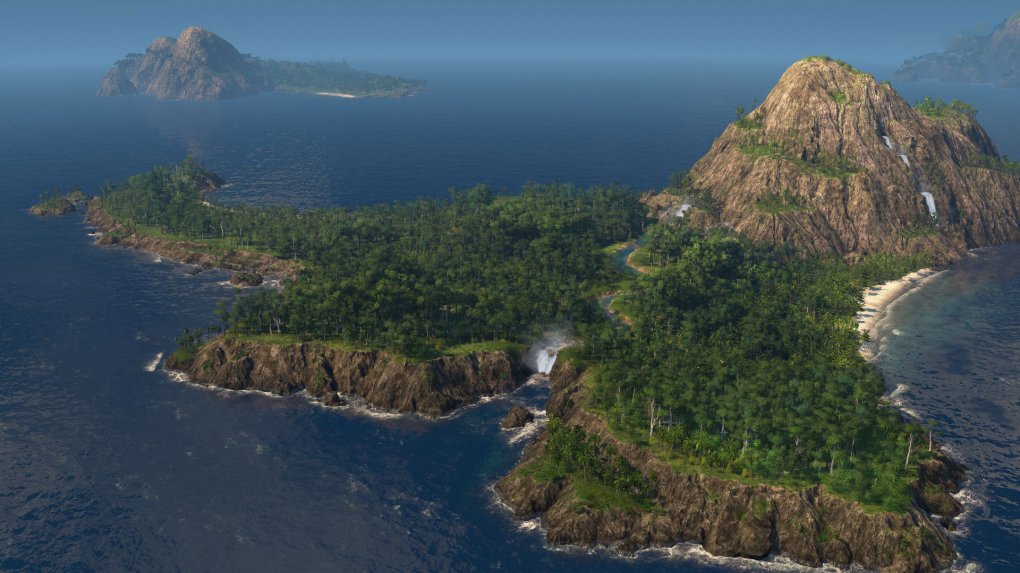 Anno 1800: The New Islands in the New World Source: Ubisoft

In existing saves, these new islands will be placed in the expanded area to the north, allowing for new building challenges. The exact number of islands (5 to 7) depends on the size of the region chosen for the save. Therefore, some of the new islands can only be seen when starting a new game.

When starting a new game, the islands are randomly placed along with the existing New World islands. However, there is one special feature: while only owners of DLC 12 will benefit from the expanded region, the new islands and riverless island variants will be added to the general map pool and are therefore available to all players, regardless of which DLC they own. The process for creating islands has changed little from where it was in 2018.

Aroged: The head of Arm explained why the company is increasing revenue in the falling PC and smartphone market

Sackboy A Big Adventure: significant price drop on the occasion of the Black Friday offers

Are we in a simulation? A scientist has the ultimate test to prove it