Gilberto Silva: “Richarlison’s second goal is the best goal of the tournament so far” 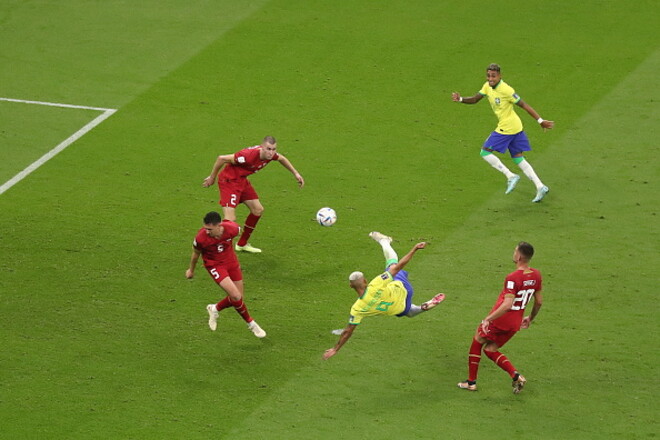 Ex-football player of the Brazilian national team Gilberto Silva commented on the Selesao’s victory over Serbia (2:0) in the match of the 1st round of the 2022 World Cup in Qatar:

“Richarlison’s second goal is the best goal of the tournament so far and he deserves it. He did a great job.

This is a fantastic win. After a very difficult first half, when Serbia closed all the chances, Brazil went into the second half, played their football and created chances.

On the evening of November 24, in the last match of the 1st round of the World Cup, the Brazilian team defeated Serbia (2: 0) thanks to Richarlison’s double

4th round of the Women’s Champions League. Real and Chelsea made a cut

VIDEO. Federer reveals how a female security guard kept him out of Wimbledon

Paris Games Week: the biggest French video game fair is back, here is the plan so you don’t miss anything during the visit!

Foxconn to pay workers $1,400 to end protests and fire from iPhone City in Zhengzhou