The modern world is extremely dependent on hundreds of Internet cables connecting countries and continents. Many are laid along the seabed, and their total length is already 1.3 million km. Google, which has invested millions of dollars in submarine cable systems, couldn’t help wondering how solar storms affect their performance. Moreover, the Uptime Institute recently called for thinking about protecting IT infrastructures from geomagnetic storms.

According to Google, solar flares can lead to large power surges in the entire infrastructure, one way or another related to energy. Google itself owns, in whole or in part, 22 submarine fiber optic cables. According to experts, if the FOCL is disrupted, the Internet as we know it will literally cease to exist. Moreover, in 2020 another cycle of increased solar activity began.

Solar storms can have a negative impact on communication lines, including modern ones. Back in 1859, during the so-called. The “Carrington Events”, a solar storm severely damaged telegraph lines, and in 1989, for example, led to power outages in Canada. Although the fiber itself is not affected by voltage surges, the cable has conductive copper elements and, in addition, optical signal amplifiers are located along its entire length, and lasers and high-voltage power subsystems are located on the surface at data reception and transmission points. 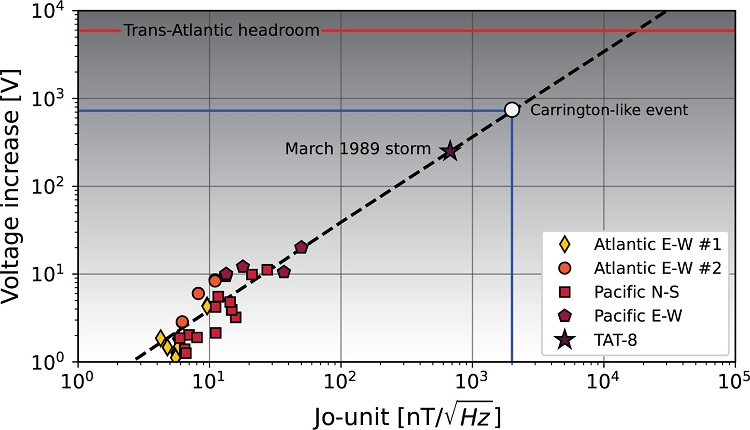 Using data on small solar storms, as well as information on the impact on one submarine cable during a storm in 1989, the experts concluded that the impact in the event of an event of a scale identical to the “Carrington” would not lead to serious consequences, since it would cause a power surge no more than 800 V. Given that underwater cables like those used by Google usually carry bursts of up to 6000 V, you should not be afraid of the disappearance of the Internet on the planet. The company plans to publish more detailed results of the study in 2023.

Fatshark has once again confirmed that Warhammer 40,000: Darktide progress can be carried over from the beta to the full game

Hearthfire Trilogy in Genshin Impact: how to get through normal and intense pas