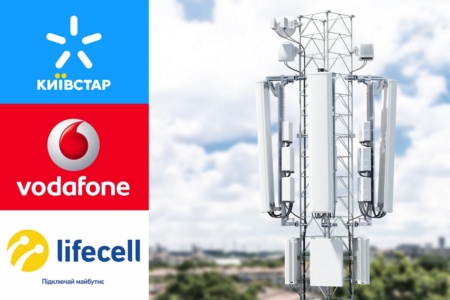 As of the morning of November 24, 44% of mobile base stations were operating, which is now less than half of the total number of stations in service before the full-scale invasion of Russia. This was announced by the representative of the State Service for Special Communications Vladimir Kondrashov during a briefing, writes Forbes.

This explains the widespread disruption of all Ukrainian mobile operators, which became even more acute after the seventh massive wave of Russian missile strikes on November 23.

The worst situation is observed in the Nikolaev region, where 9% of base stations operate, Kirovohrad (13.7%), Poltava (15%), Odessa (15.2%) and Kharkov (17%) – in these regions after the attack on November 23 recorded the largest decline in Internet traffic, which confirm NetBlocks data.

Sumy, Chernivtsi, Transcarpathian, Lvov and Cherkassy regions are better provided with communication today. In other regions, the situation is gradually stabilizing – about 50% of the band Internet stations have been working since morning today.

At the same time, Ukraine continues to receive from partners the necessary telecommunications equipment to restore communications in the affected regions, in particular in the Kherson region. In the event of a complete power outage and lack of communication, the State Special Communications Service advises using a fixed / fixed connection.

During a massive shelling on November 23, the air defense of the Armed Forces of Ukraine shot down 51 out of 70+ missiles and 5 UAVs. At the same time, there were some hits – two dozen missiles hit infrastructure and energy networks in Kyiv, Lvov, Vinnitsa, Dnipro and Krivoy Rog, which led to a temporary blackout of all nuclear power plants, most thermal and hydroelectric power plants. The Ministry of Energy expects to resume the generation of electricity from Ukrainian nuclear power plants to the network by the evening of November 24, which will significantly reduce the deficit and return to the planned outage schedules.

The Office of the President reported that after yesterday’s attack, electricity was supplied to all regions of Ukraine – the first to heal critical infrastructure facilities, and now household consumers continue to be connected to the network. Also, 4,000 “Points of Invisibility” have already been deployed in the regions — these are specially equipped places where you can recharge your phones, keep warm, and drink warm drinks. Now power engineers, utilities and rescuers continue to work 24/7 to restore critical civilian and energy infrastructure, which Russia is purposefully destroying with missiles and kamikaze drones.

The list of supported regions and languages ​​of Summoners War: Chronicles will be expanded

Tutorial in 5 steps: how to create your game in a few days?