Renard: “Messi gets the ball and you stand and watch. You should have taken a picture!” 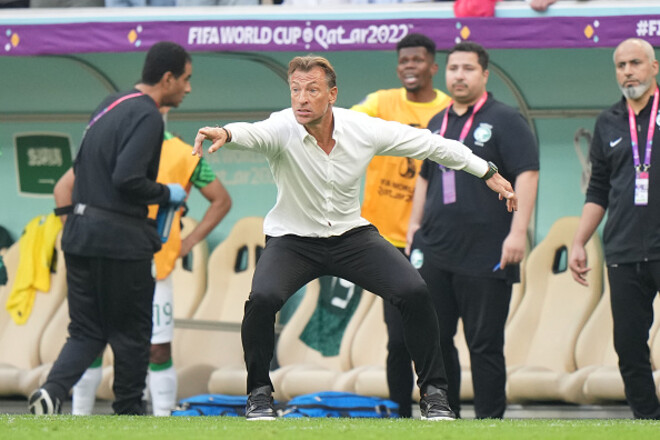 Video released showing head coach of Saudi Arabia Herve Renard had a conversation with the players at half-time in the 2022 World Cup match against Argentina (2:1).

Renard screamed in the locker room, as he was dissatisfied with the game of the players against the star striker of the Argentines Lionel Messi:

“Messi receives the ball in midfield and you stand and watch. Take more phones and take a picture with him. Don’t you feel that we are capable of returning? Don’t you feel it? Argentines are weak! Guys, it’s the World Cup! Give it your all!”

Saudi Arabia was losing after the first half of the game (0:1), and in the second half they scored two goals in 5 minutes and won the match (2:1).

RATE OF THE DAY. The main matches of the day and popular predictions for December 3

Ex-player of the zenith: “What Asia? Cooperation with UEFA continues”

Russia has no friends left at the World Cup, the fight for Ronaldo, Infantino’s nonsense

Activision Blizzard: SONY: Battlefield proves it's impossible to compete with Call of Duty

Digitalization of business in Russia is constrained by lack of funds

Call of Duty is not all that influential in the market, Microsoft says

WoW: Massive hotfixes from 12/1/22 in almost all areas of the game!

PC games on sale, lots of choice on Steam: offers for all gaming tastes