The Judgment Night begins in Crossout 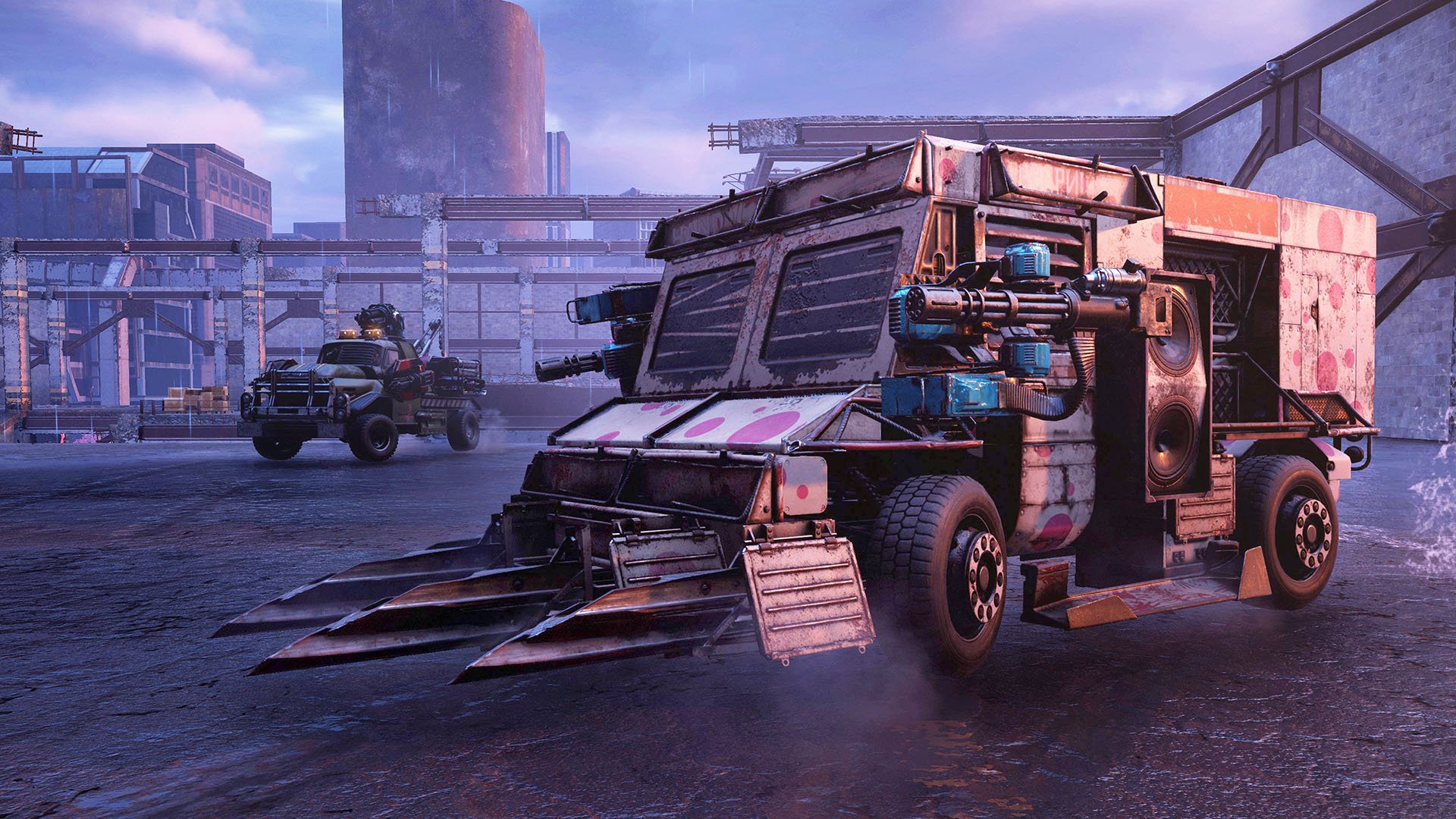 With the release of the update Mr. Twister in the game has a new format of fights to the death.

The Judgment Night is a PvP mode where players can take a break from building their own armored vehicles and get behind the wheel of vehicles built by Mister Twister. These include Blood Carriage, Scrapper, Piranha, Renegade, Undertaker, Sledgehammer, Crimson Hawk, Chopper, Knight, Cinder, and Ice Cream Man.

The battles follow unusual rules for Crossout: Mr. Twister has placed bonuses on the map that will help you in the non-stop destruction of enemies: ammunition, rockets and mines, fuel for the accelerator, a repair kit. By destroying enemies, the player fills a special gauge that opens up access to especially powerful weapons, such as a demolition drone, a Tesla emitter, an automatic flamethrower, and fire barrels. In the event of death, players are respawned on the same or another vehicle, and victory goes to the one who destroys the most enemies in the allotted time.

The game also kicks off the season of the Mr. Twister, some of whose tasks are completed in The Purge, and some in the classic Crossout modes. As a reward, players will receive cosmetic items, more options for choosing an armored car in The Purge, and other content.

Qatar - Senegal - 1:3. The hosts won't make it to the playoffs. Match Review

A support program may appear for Russian game developers

Lomachenko told what he thinks about Putin