According to Arianespace, the first commercial launch of the new European launch vehicle Vega C has been postponed until December 20 due to the discovery of a defect in the upper stage of the rocket. The essence of the problem is not reported. The payload and the rocket itself are fully functional and safe. The upper stage for repair will be delivered to the hangar, where specialists will eliminate the defect. 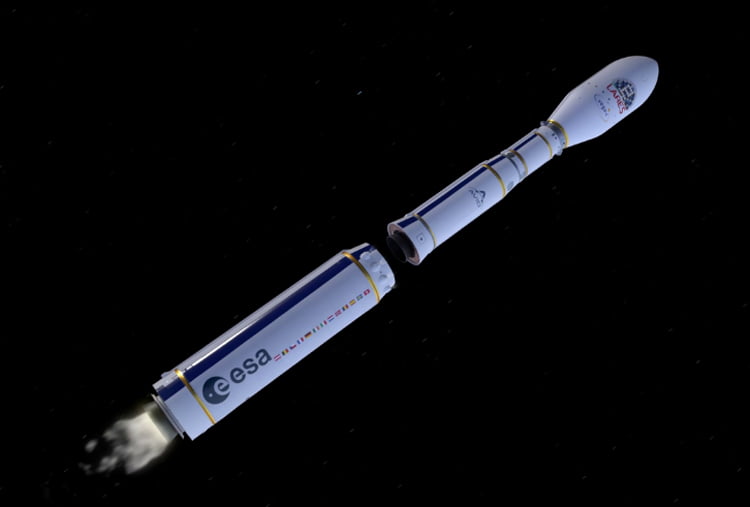 The first launch of the upgraded Vega C launch vehicle was successfully carried out in July this year. The launch was non-commercial, although the rocket successfully launched the LARES-2 (Laser Relativity Satellite) geodetic satellite of the Italian Space Agency and six cubesats of a number of European universities into their intended orbits. The first commercial launch was scheduled for late November, but now it will be postponed to a later date.

“To replace the equipment, the upper part of the launch vehicle will be returned to the payload preparation facilities, and the payload fairing will be opened for work,” the company said, without going into details. The upper stage – actually the fourth stage of the rocket – is driven by a Ukrainian-made liquid-propellant rocket engine (Yuzhmash). It was decided to abandon Russian-made engines in both old rockets (Ariane 5) and modernized Vega C.

The Vega-C launch vehicle, we recall, is a new version of the Vega light class launch vehicle, which has been in use since 2012. The rocket received a more powerful P120C first stage. The Zefiro-23 second stage has been replaced by the Zefiro-40, although the Zefiro-9 third stage continues to be used. The height of Vega-C reaches 34.8 m, which is 5 m more than the Vega rocket. The upgraded launch vehicle is capable of launching up to 2.3 tons of cargo into a polar orbit at a height of 700 km.

The Legend of Zelda remade in Minecraft without using mods