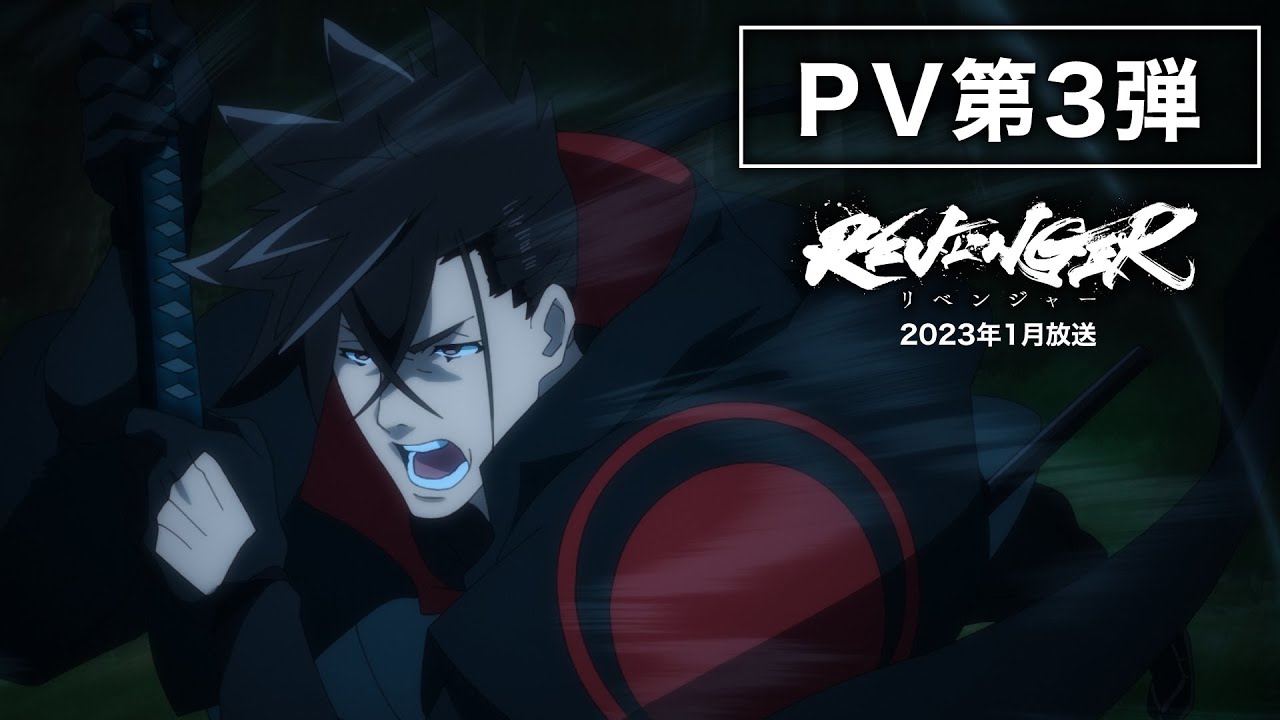 The upcoming Revenger anime was first revealed back in September from co-producers Nitroplus and Shochiku, but the identity of the creator of the series has been kept under wraps. This trend has continued until today, when the new trailer finally arrived. Avenger is being created by Gen Urobuchi, creator of the Psycho-Pass series.

As a bonus, we also learned the premiere date, after which viewers will finally have the opportunity to enjoy the anime on their own.

“Avenger” will premiere on January 5 on AT-X in Japan. Crunchyroll has announced that it will be in the business of streaming anime. However, streaming will begin some time after the premiere in Japan. For those who want more information, Crunchyroll summarizes Revenger’s plot as follows:

When master assassin Usui Yuen investigates a series of murders perpetrated on the great samurai Satsuma clan, he meets Kurima Raizo, a clan member and survivor of one of the attacks. Together, they discover that the true nature of these murders is more than theft of resources. As they get closer to the truth, will they come out alive for revenge?

Ajia-do Animation Works (How Not to Summon Lord and Ascendance of a Bookworm) is creating the visuals, and the latest trailer showcases the studio’s vast amount of talent.

If you’d like to see more, there’s another trailer that Crunchyroll showed during NYCC 2022.

Grand Theft Auto: The biggest tops and flops of 25 years

We analyze the psychological profiles of Kratos, Ellie, Arthur Morgan and James Sutherland

We analyze the psychological profiles of Kratos, Ellie, Arthur Morgan and James Sunderland