Arnold Schwarzenegger and Milla Jovovich in World of Tanks commercial 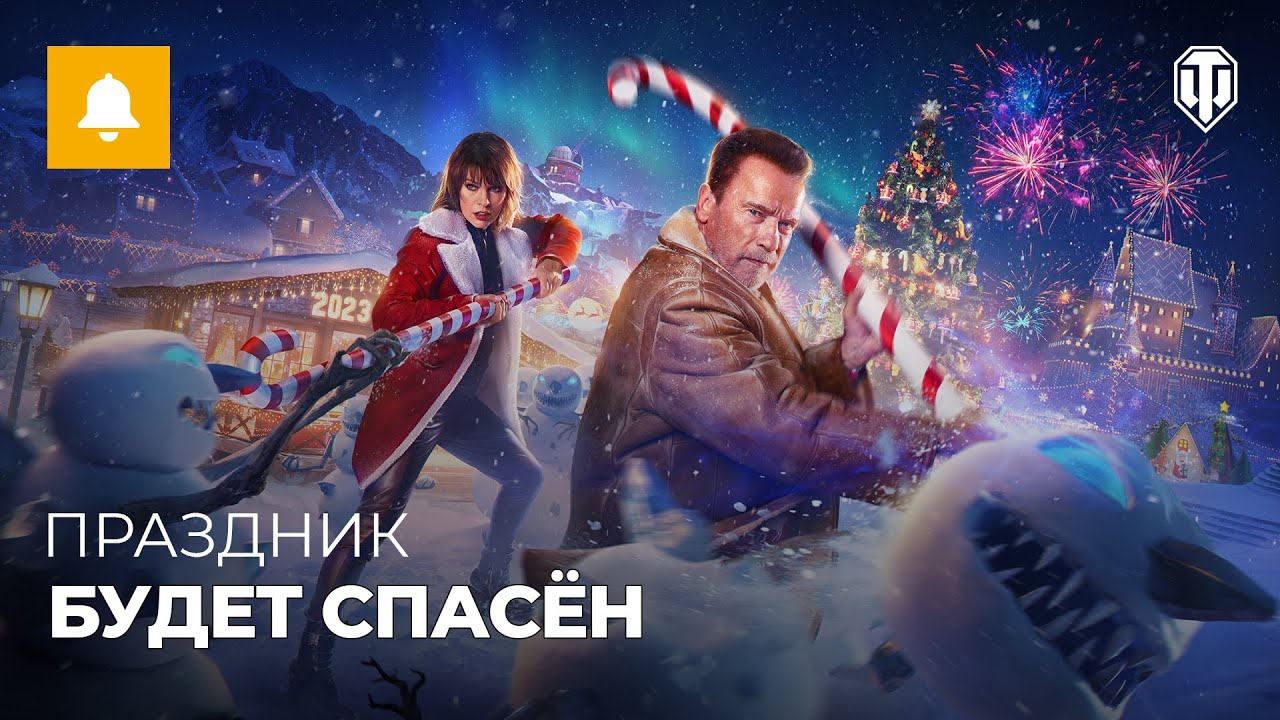 For the first time in history, Arnold Schwarzenegger and Milla Jovovich met on screen! In December, Hollywood celebrities will accompany players in the New Year’s Eve Offensive, the World of Tanks franchise on PC, mobile and consoles. In World of Tanks PC, World of Tanks Blitz, and World of Tanks Modern Armor, the holiday season is sure to be a hit!

In the commercial, Arnie and Milla take on the most important mission of saving the holidays for Arthur and his son Mikey. Join them on the magical Holiday Express train that will take them to the heart of the village, in World of Tanks.

As you complete tasks, players will receive customization items for Arnie and Milla, such as tank skins, themed emblems, decals, stickers, and commanders. The voices of Milla and Arnold will be heard in World of Tanks on PC and consoles. But, of course, only in the Western version.

Christopher Chang, World of Tanks Franchise Director, said he was honored to see Arnold and Milla onscreen together in World of Tanks for the first time in history.

Like many of our millions of players around the world, I have watched the Arnie and Milla films separately for decades. It truly is a dream come true to partner with both global stars in our first ever franchise celebration. There will be something special for our players, no matter what platform they enjoy World of Tanks on.

Holiday events begin on December 1 and will last until January 9, 2023. Each version of the game will have its own dates and offers adapted to the gameplay of that platform.

World of Tanks by Lesta Games will also host this traditional event on December 1, but without the participation of these actors – the Russian studio has released its own video for this event.

The Witcher 3 Next-Gen Update: Hated armor from the Netflix series comes into play

A PHOTO. How England played soccer. The best moments of the match England - USA