#AstroMiniBR: we are going back to the Moon! 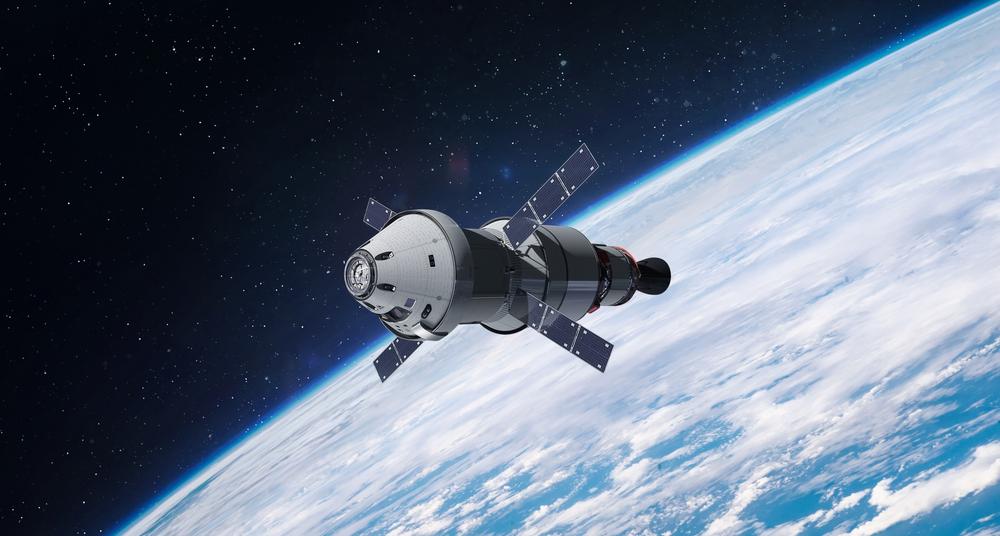 every week, the TechWorld it’s the #AstroMiniBR bring together five relevant and fun astronomical facts produced by the contributors to the Twitter profile to spread knowledge of this science, which is the oldest of all! See this week’s highlights below.

One thing I LOVE about Men in Black is that they talk about how “Orion’s Belt” isn’t a place that exists, it’s just a constellation. “Being in Orion’s belt” makes no sense. In fact, in BR we call them the 3 Marias.

Unlike the Men in Black, Orion, in astronomy, is a major constellation (located at about 5 hours and 30 minutes of right ascension and 0° declination, for amateur astronomers) whose name was named after the mythological Greek hunter .

Orion is one of the most visible and conspicuous constellations in the night sky, made up of many of the brightest stars for us to see with the naked eye. One of these, Betelgeuse, a variable star, is a red supergiant about 540 light-years from Earth and easily distinguished by its reddish color, being the 11th brightest star in the sky, with a magnitude of 0.6. The brightest star in Orion is called Rigel and, in mythological representation, it is located in the hunter’s leg, with a magnitude of 0.1. The smaller the magnitude value, the brighter the celestial body.

The hunter’s sword, to the south of the constellation, contains the large and famous Orion Nebula, an emission nebula containing hundreds of young stars, which is visible to the naked eye. However, the easiest way to identify the constellation in the sky is through Orion’s Belt. It is composed of three bright stars apparently in a row, Alnilam, Mintaka and Alnitak, which are, in Brazil, affectionately nicknamed Três Marias.

The target of the Artemis missions is the South Pole of the Moon. Note that in the polar region some craters are never illuminated by the Sun. The aim is to look for water ice in these craters. (images: NASA/SVS/LRO) #AstroMiniBR pic.twitter.com/NQh4FRt5al

Moon, here we go again! After more than 50 years, through the Artemis program, humanity is preparing once again to visit our natural satellite. It is a robotic and human exploration mission to the Moon led by the National Aeronautics and Space Administration (NASA) of the United States, together with three collaborating institutions, the European Space Agency (ESA), Japan Aerospace Agency (JAXA) and Canadian Space Agency (CSA).

The Artemis program aims to reestablish a human presence on the Moon for the first time since the Apollo 17 mission in 1972 and aims to establish a permanent base camp on the Moon and facilitate long-term human missions to Mars. Last November 16th, the first launch of the Orion module and the first use of the Space Launch System, key components of the Artemis 1 mission, took place. According to the plan, the manned launch of Artemis 2 will take place in 2024, and the first A manned lunar landing is scheduled to take place on Artemis 3 in the year 2025.

A @NASA_Orion This morning (11/21) makes its closest approach to the Moon and performs the first maneuver that will allow insertion into its Distant Retrograde Orbit (DRO). The next engine activation will take place on Friday (11/25) completing the insertion into the Moon’s orbit. #AstroMiniBR pic.twitter.com/GS7po9rVim

Orion is also the name of the NASA spacecraft that was built to take humans even further on the Artemis mission than was ever done on its predecessor missions in nature, the famous Apollo missions.

The spacecraft will serve as the exploration vehicle that will carry the crew into space, sustaining the crew during space travel, enabling safe re-entry from deep space return speeds. In addition, Orion has a capacity system for emergency abortion, in case of intercurrences. The spacecraft is currently in space between Earth and the Moon and was launched on NASA’s brand new heavy-lift rocket, the Space Launch System (SLS).

#4: White dwarfs: a common star class in the Universe

Are white dwarfs really white?
Come and learn a little about some characteristics of this star ???? 🇧🇷#AstroThreadBR #AstrominiBR pic.twitter.com/zlc6Bf5HeJ

White dwarf stars are any of a class of faint stars that represent the endpoint of the evolution of intermediate and low mass stars. They are called so because of the white color of the first of this category that were discovered, characterized by a low luminosity, a mass of the order of the mass of the Sun and a radius comparable to that of the Earth.

Due to their large mass and small dimensions, these stars are dense, compact objects with average densities close to 1,000,000 times that of water. Unlike most other stars which are supported against their own gravitation by normal gas pressure, white dwarf stars are supported by the degeneracy pressure of the electron gas within them which is the increased resistance exerted by the electrons that make up the gas. , as a result of stellar contraction. Want to know more? Expands the yarn above!

Has the sun been out there? here it has been cloudy, but that doesn’t mean that the sun is less powerful… ??

this video shows the monitoring of sunspots through the measurement of magnetic activity and ultraviolet and X-ray images ??#AstroMiniBR
{c} Thorium+20 pic.twitter.com/ztKmZvlQ2L

The video shows the monitoring of the solar activity cycle at different wavelengths. It monitors sunspots, gas vortices on the surface of the Sun associated with strong local magnetic activity. The spots appear dark only in contrast to the surrounding photosphere, which is several thousand degrees warmer.

These regions can be several times larger than Earth or so small as to make telescopic observation difficult. Furthermore, sunspots can last for months at a time and have a cycle that peaks at about every 11 years.

Elon Musk: If Twitter is thrown off the app stores, I'll make my own smartphone