Have you heard? Civilization 7 has finally been announced! Well, or at least I would have liked to have started the column with those words. But in fact, only one more Civ 6 DLC pass has been announced. Well, to be fair, I have to say that I was still happy about the announcement, because the so-called Leader Pass gives me 18 good reasons to start Civ 6 again. Because with the DLC expansion, twelve new leaders join the game as well as six variants of existing heads of state. We have series classics like Abraham Lincoln, Ramses or Theodora, but also newcomers like the Naher Shah for the Persian Empire or King Ludwig II as the new German leader. The new heads of state will be released in thematically related three-packs. For example, Ludwig II is part of the “Great Builders” package, after all, the former king of Bavaria is known for building some magnificent palaces, including Neuschwanstein.

Since the first batch of leaders is already out, I’m already in the process of adding one or two hours of play to my almost 400 so far. And by the way: Isn’t it nice how reliably Steam records our playtime and proudly presents it in the launcher? So that I don’t forget how often Civ 6 (buy now 11.90 € / 5.75 € ) drew me to the screen while my Pile of Shame happily grew. But I digress!

06:12
Civilization 7 is long overdue | OPINION | Enough DLCs for Civ 6, the successor is needed!

Leader Pass as a bridge?

Of course, evil tongues could now claim that Firaxis and 2k just want to quickly squeeze additional money from the loyal fan base before the change to the successor is due. But I don’t think that’s the reason behind it. For me, the fact that owners of the Civ 6 Anthology on Steam or the Epic Games Store get the Leader Pass for free speaks against it.

In plain language, this means that anyone who has all the previous content of the strategy game can also access the new leaders as soon as they have been released piece by piece. At least on PC & Mac and on iOS – the Leader Pass has not yet been announced for consoles.

For me, the release of this new content is a clear signal that the development of the sequel is taking longer than expected. I have the strong fear that we will have to wait at least until the end of 2023. And that’s quite unusual, because up until now a new Civ has appeared every four to six years.

However, six years have passed since the release of the sixth part and there are only a few vague hints about Civ 7 in the form of job advertisements at developer Firaxis. So the hungry pack of fans is just thrown a bunch of DLCs to keep them happy in the meantime. 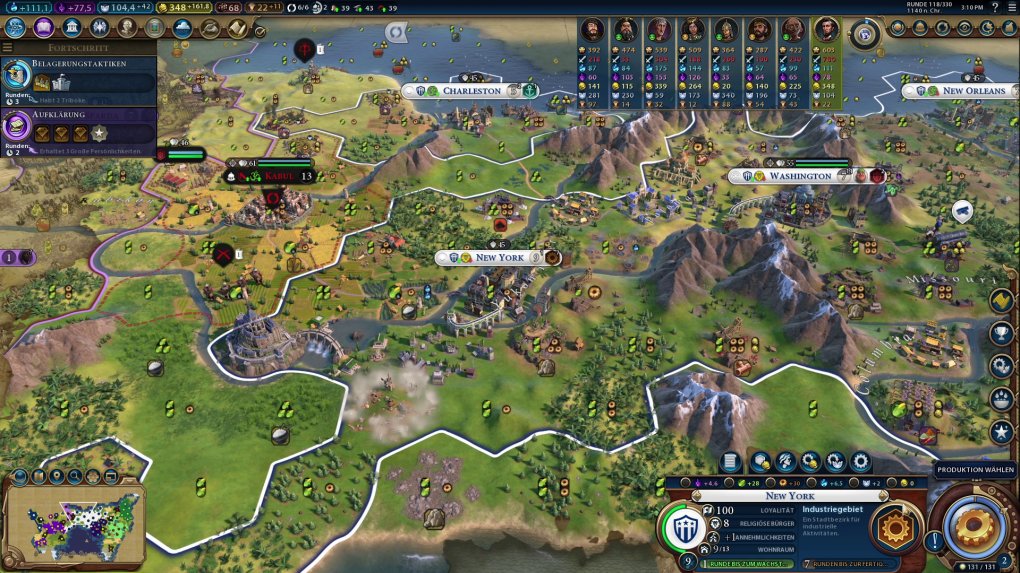 Among the first three new leaders is Abraham Lincoln, with whom we lead America to glory. Source: PC games

And even if the goal has been achieved (after all, I’m playing Civ 6 again), there is still this feeling that it’s finally time. Time for Civilization 7! As many fond memories as I have gathered in the current installment, I long to take my first steps in a first game of the sequel.

And as nice as the visuals in Civ 6 still are to look at, I’m thirsty for a fresh coat of paint. I want to delve into new game mechanics that reinterpret the timeless core of Civ.

I’m curious how the tech tree will be split up. How far into the future will it reach this time? Will the developers stick to having culture and research in two separate progression trees? Are you going back to basics in this regard?

Or will there even be a third tree? And I’m also looking forward to trying out fresh strategies and tactics that aren’t currently possible. Or find out which races best suit my playstyle this time. In short: I long to experience this unique fascination of discovering a brand new Civ for myself.

Please no poor base game!

I wonder, however, how Firaxis will deal with the content gap between the well-stocked predecessor and the inevitably less extensive base game of Civ 7 this time? Long-time fans already know that. With expansions and other DLC content, a Civ part keeps getting bigger and bigger and then the successor comes along and it feels like half of the features are suddenly no longer there.

There was a big outcry among the fan community, because both religions and espionage were completely missing in the main game of Civ 5 and only found their way into the game with the add-on Gods & Kings.

In the transition from part 6 to part 7, this time this could become particularly clear. After all, no installment in the series has seen as much additional content as Civ 6. While that has helped keep the game interesting and fun for the past few years, it could be stepping on Firaxis’ feet now.

PlayStation 5: 2 years after its launch, what is the assessment?

No joke: this Windows notebook is available for 99 euros

Black Friday: this inexpensive soundbar won the award for best value for money and we understand why!

Arsenal – Newcastle. Forecast and announcement for the match of the championship of England