Belgian enthusiast Pierre Dandumont pulled off a rather unexpected project and almost succeeded: he installed the macOS platform on the Nintendo Wii and even ran Doom on it. True, it didn’t work out to play comfortably – the frame rate turned out to be unacceptably low. 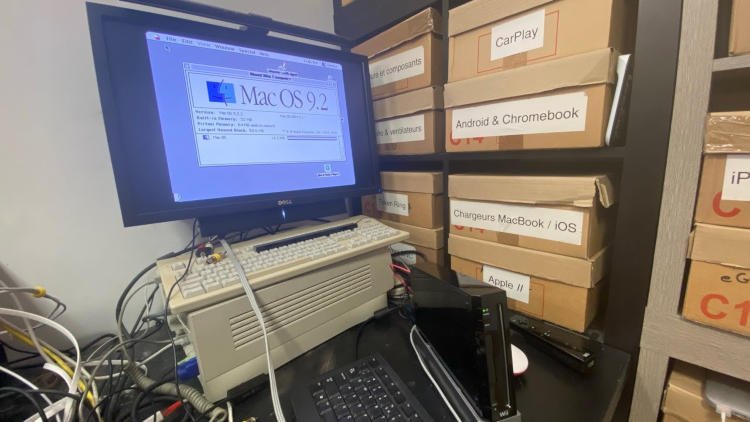 The Nintendo Wii game console was based on the same processor as the previous console from the Japanese manufacturer, the Gamecube. This is a Broadway chip based on the IBM PowerPC architecture, similar to the 32-bit PowerPC 750CL with a clock speed of 729 MHz and very close to the PowerPC G3 that was installed in Apple Macintosh computers in the late nineties.

It can be assumed that due to the similarity of processors on the Nintendo Wii it will be relatively easy to install macOS, but this is far from the truth. The PlayStation 4 does not become a personal computer just because it uses an X86-compatible chip, and the Wii, with its near-PowerPC G3, is not compatible with the Macintosh ecosystem. Although macOS can really be installed on it, which is what the Belgian Pierre Dandumont tried to do.

He had to come from afar, because under macOS there are no and will not be drivers for components on the Wii. Therefore, the enthusiast turned to the MacOnLinux project and installed the rare macOS 9.2 on a Linux pseudo-virtual machine. The result turned out to be far from ideal: the system did not work correctly, distorting screen fonts, outputting sound in rather poor quality, and even Ultimate Doom did not work out – the game barely delivered about one frame per second.

Mr. Dandumont published a detailed report on his experiment on his personal blog. But to get acquainted with it, you will need knowledge of the French language or the help of an online translator.

Aroged: "Yandex" has planned a global division of the company