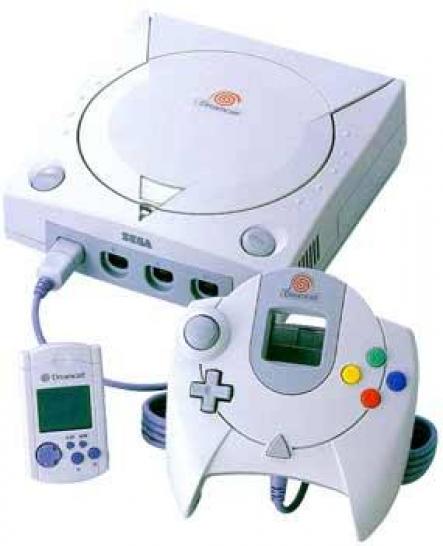 11/27/2022 at 00:01 by Carsten Spille and others – The Dreamcast and Internet Explorer 2.0 came – that happened on November 27th. Every day, PC Games Hardware takes a look back at the young but eventful history of the computer.

…1994: The processor giant Intel is still alone in the performance aisle with its Pentium processor, because the competition still has to be satisfied with further developed or even cloned 486 cores, some of which already have very advanced features. Unfortunately, the Pentium is not entirely unproblematic – regular readers of the retro section will be able to relate to the keyword FDIV bug. On November 27th, almost a month after the problem was made public, the then Intel boss Andy Grove commented on the problem in an excessive e-mail that was sent on his behalf and tried to appease it. But the affair is not over yet.

…1995: Microsoft overslept the trend – and now has some catching up to do: On November 27, 1995, Microsoft released Internet Explorer 2.0 just a few months after the first version. The browser is said to be particularly suitable for Windows 95, but is also available in a Macintosh version for the first time. In addition to the Secure Socket Layer (SSL protocol), it also supports HTTP cookies, VRML and newsgroups, but technically it still lags behind the market leader Netscape Navigator.

…1998: The Japanese market is the first to be served on November 27, 1998 by Sega’s latest creation: the Dreamcast. The game console comes out well ahead of direct competition like Sony’s Playstation 2, but falls short of expectations with around 10.6 million units sold – despite innovative ideas such as the LCD in the controller and many high-quality games. As a result, Sega discontinued production of the device in 2001 and from then on focused solely on game development.

The Dreamcast uses a 200 MHz RISC processor from Hitachi, the media used are so-called GD-ROMs with a capacity of around 1.2 GB. The graphics chip comes from Power VRs Series 2. First, the console should be equipped with the second product from the still relatively unknown chip developer Nvidia, the NV2. After alleged problems with this chip – which was never for sale afterwards – Sega switched to 3dfx’s Voodoo Graphics, but nothing came of this deal either. So they decided on the Power VR Series 2. This is also used on PC graphics cards and is called Neon 250 there, the VR Series 3 will later become the Kyro/Kyro 2.

SpaceX launched the Dragon spacecraft to the ISS - it will deliver 3.5 tons of cargo, including tomato seeds

Dead Space Remake: How to save bullets