Ivano-Frankivsk “Hurricane” failed to get into the final four of the Futsal Champions League.

In the match of the 3rd round of the elite round, the Ukrainian team defeated the Loznica-Grad club (Serbia) with a score of 2:1. However, the miracle in the form of sharing the first place in the group did not happen.

In another match of the group, the Italian Feldi Eboli (3 points) failed to resist Sporting (0:5). The Portuguese club won the match with a shutout, scoring 9 points out of 9 and advancing to the final four.

Portugal’s Benfica, Sporting CP, Belgian Anderlecht and Spain’s Palma Futsal made it to the semi-finals.

The Spanish “Barcelona” flew past the semi-final in an incredible way. In the 2nd round, leading 5:2, the blue garnets conceded three goals in the last 5 minutes from Anderlecht, and the personal meeting of the competitors ended in a draw (5:5).

In the third round, Barca had to win against the Croatian Pula with a difference of 6 goals for the first place. But even after scoring three goals in the last 5 minutes of the game, the Catalans stopped one ball from the goal (7:2) and missed out on a ticket to the semi-finals. 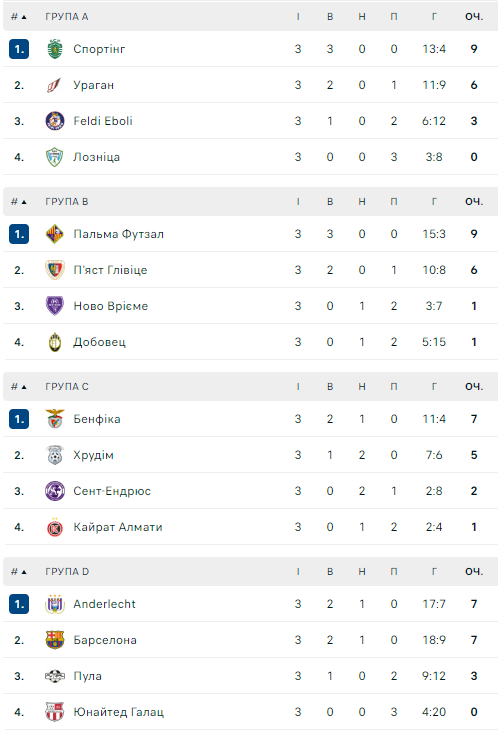 Source: Ukrainian, who played in Russia, will continue his career in Kazakhstan