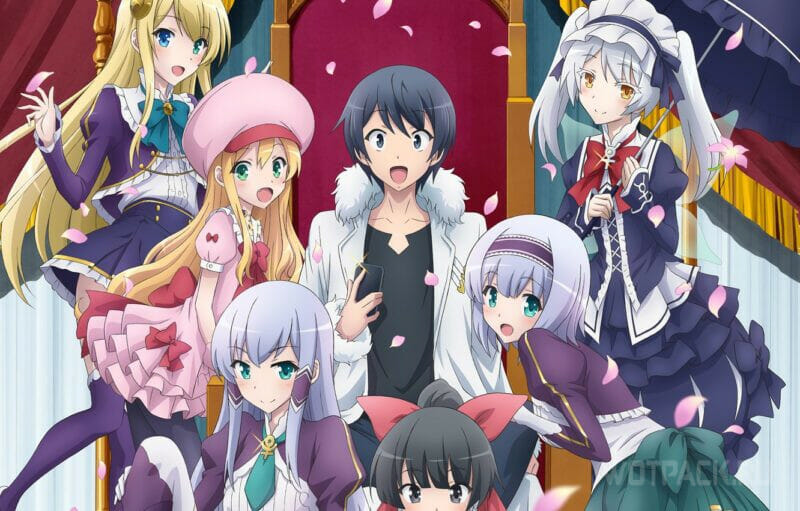 The sequel to In Another World with a smartphone was not as expected as the same Bleach: A Thousand-Year Bloody War or the finale of Attack on Titan. Despite this, the anime is quite popular and is quite a good harem to which you can relax and laugh. A good main character, nice girls around him and cute humor resonated with many hearts. Many have wondered if there will be a Season 2 of In Another World with a smartphone. The official announcement that fans have been waiting for has finally come.

In this article, we will talk about the release date of new episodes, recall the plot of the previous ones and learn some interesting facts about the title. For fans of the title, the official trailer for In Another World with a Smartphone season 2 is also available at the end. 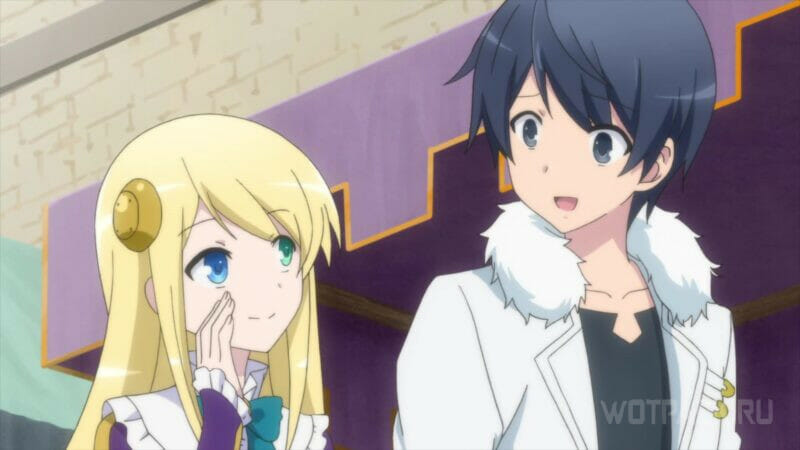 The exact release date for Season 2 of In Another World with a Smartphone is still known. Title announced on April 2023. Studio will produce J.C. Staff. Shikimori already has a new season card In another world with a smartphone and a news column. You can also find a teaser and poster online.

Episode Schedule In Another World With Smartphone Season 2 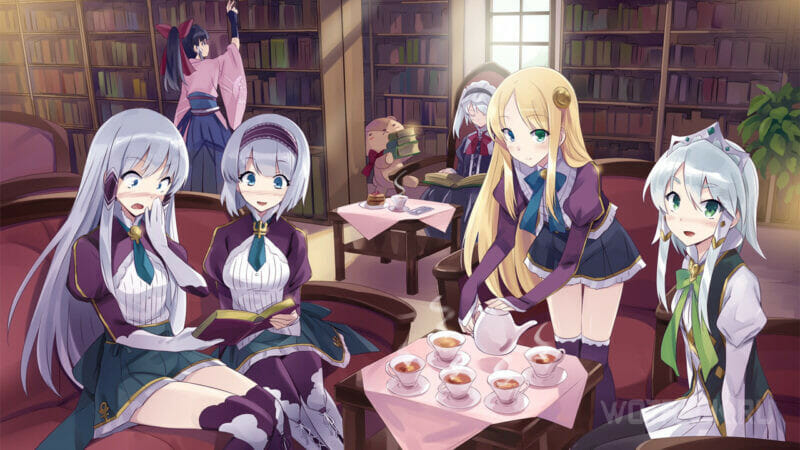 An approximate schedule for the release of new series is presented in the table. At the moment, it is impossible to name the exact number of episodes in the season.

As new information becomes available, we will promptly update the article. 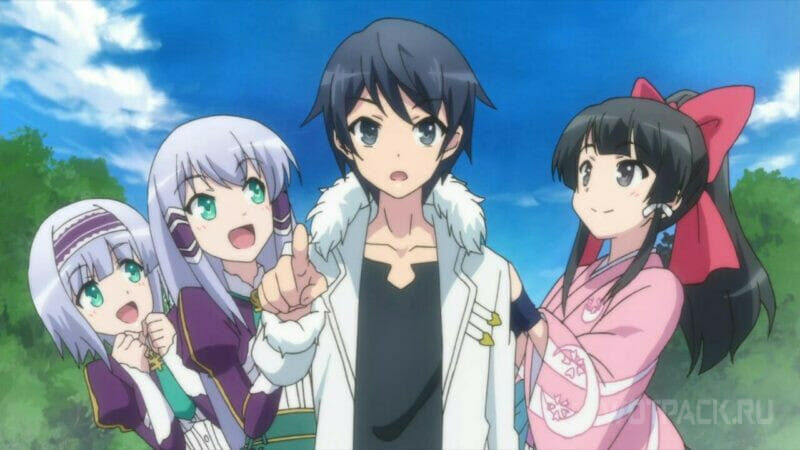 Somehow God launched into our world with lightning, but by chance he hit the wrong place. The lightning did not hit a tree, not an umbrella, and not even the ground. She struck an ordinary Japanese guy Wedding and killed. A guy in heaven woke up and saw the Lord in front of him. God asked him for forgiveness for the mistake. The guy was supposed to live a long and happy life, but he ended up in the wrong place at the wrong time. The creator of Toya suggested an alternative: to be reborn in another world, but not in a simple one, but with magic, adventures and pretty girls. 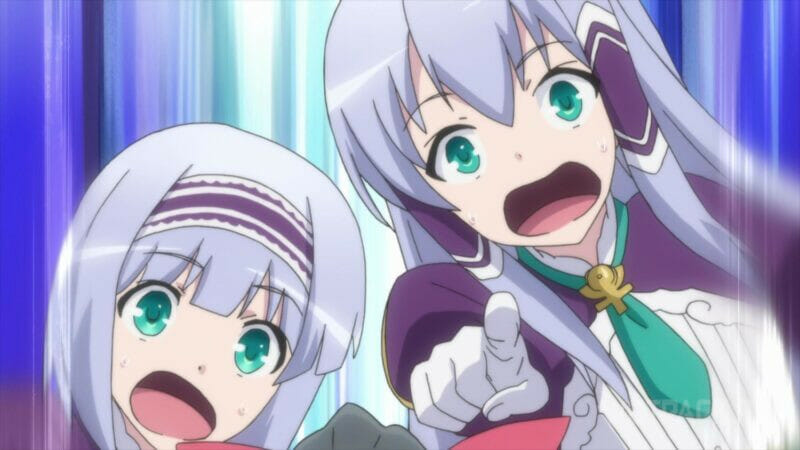 Toya thought, thought about it and agreed. He asked for only one favor: to keep the smartphone with him, because he cannot imagine life without it. That’s what they decided on.

The guy arrived. God provided him with strength, magic, speed and other bonuses. The smartphone already has a map of the new world and even God’s phone in contacts. 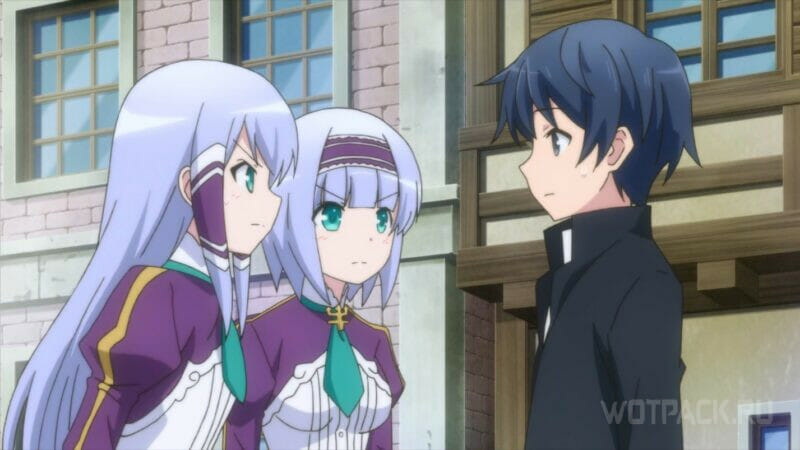 At first, adventures were not included in Toya’s plans, but very soon he stumbled upon beauties in trouble, whom, out of the kindness of his soul, he helped. During the first season, the hero grows into a harem of interesting and cute girls, and also experiences many adventures and just funny everyday moments. 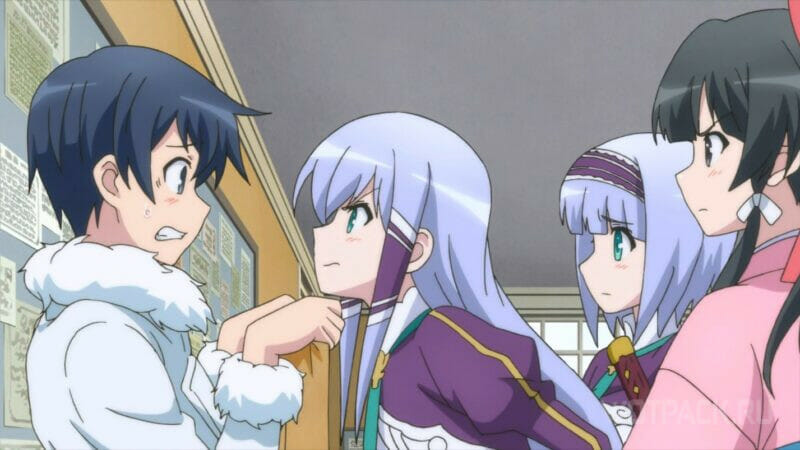 It is expected that the second season will continue in the same vein. Cute everyday life, cute girls and light adventures.

Interesting facts about anime In another world with a smartphone 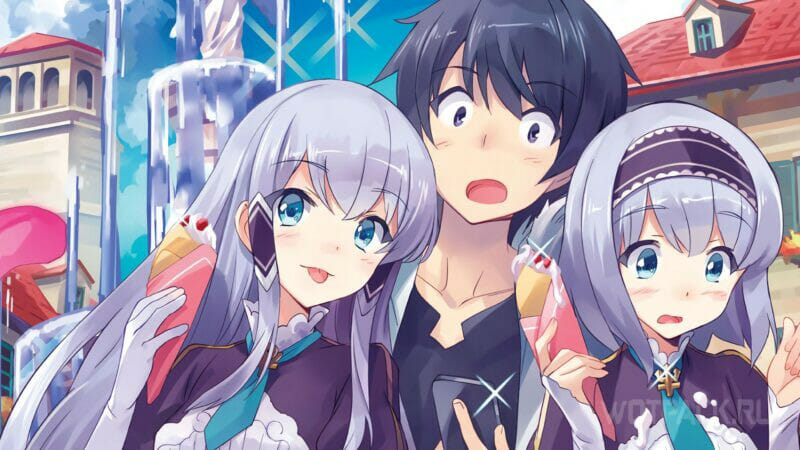 A small selection of curious details about the harem in the alternate world:

The original manga has gained popularity among fans of the harem genre. January 2020 sold over 2 million copies around the world. Directed by title Takeyuki Yanase. The viewer is well aware of his works such as “Reach Terra” or “Knights of the Zodiac“. Also on account of the director 8 independent productions. Critics praised the unpretentious plot, as well as cute and funny humor. The audience mostly gave the picture average marks due to the typical harem, however, the title has its own extensive fan base, faithfully waiting for the sequel. First season released Production Reed. One of the most famous works of the studio – “Beauty Warrior Sailor Moon“. Scripted the title Natsuko Takahashi. On account of the creator of 60 projects, she also worked on “Combat Gang Leader: Girl Beats Guys“. The picture is made in the framework of a typical representative of the isekai genre.

Teasers and trailers In another world with a smartphone season 2

The authors of the project have not yet shared story videos, but have already presented to the world Season 2 official teaser:

Fans will soon be able to watch Underworld Season 2 on their smartphones on small screens. There is not much time left before the release, and we believe that the new studio will not lower the bar of quality and will produce a worthy continuation of the title.

Share in comments your opinion about the anime In Another World with a smartphone. Bookmark this page for the updated season 2 release schedule.

The US authorities finally banned the sale of products from Huawei, ZTE and three other Chinese companies in the country

Aroged: The United States completely banned the domestic sales of products from Huawei and four other Chinese companies

Aroged: ‘Avatar: The Way of the Water’ grosses close to $1.4 billion worldwide