Konstantin VIVCHARENKO: We did everything right, but Dynamo is frankly unlucky 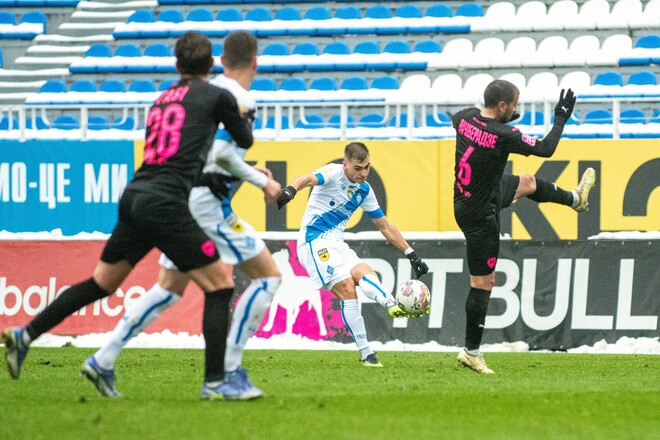 Dynamo defender Konstantin Vivcharenko estimated the draw 0:0 in the match of the championship of Ukraine against Metalist 1925. The Kievans did not convert a number of chances, including a penalty.

– Today we were frankly unlucky. We created many chances, but the ball did not go into the goal, although we did everything for this.

– With such rivals as Metalist 1925, Kolos, who played purely from defense, are the matches more difficult for you?

– It is difficult to play with all the teams, because all the teams now know how to defend and attack. We tune in to every game, but goals are hard for us.

– After the break, did the team’s tactics somehow change, taking into account what was happening on the field?

– Nothing fundamentally changed. We just had to go on the field and score our goals, but unfortunately we didn’t manage to score today.

– Yes, because we acted correctly, created many chances, played combinational football, but no luck.

GameStop: the chain's site is showing customers' personal data, according to reports

Overwatch 2 towards Season 2: Ramattra unleashes his fury in the new gameplay video

Redfall, between Always Online and Denuvo: some players give up on the purchase