The American company SpaceX launched the Dragon cargo spacecraft as part of the 26th commercial mission to deliver cargo to the International Space Station. The Falcon 9 launch vehicle, along with the ship, was launched from the launch site at Cape Canaveral in Florida at 14:20 local time (22:20 Moscow time). The docking of the spacecraft with the ISS should take place today, November 27 at 15:30 Moscow time. 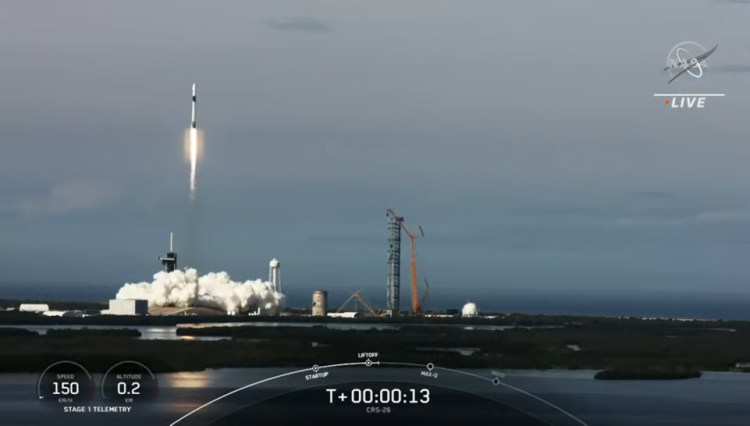 Approximately 8 minutes after launch, the first stage of the Falcon 9 rocket landed on a special floating platform Just Read the Instructions in the Atlantic Ocean. Note that as part of this mission, SpaceX used the Dragon spacecraft and the Falcon 9 first stage, which had not previously been used in space launches. In total, SpaceX conducted its 54th space launch this year.

The Dragon ship will deliver about 3.5 tons of cargo to the ISS, including food supplies, various equipment for conducting scientific experiments and new ISS Roll-Out Solar Arrays (iROSA) solar arrays. The US National Aeronautics and Space Administration (NASA) continues the implementation of the Veggie program, which involves a series of experiments to grow different plants and flowers in space. Today, among the cargo of the Dragon spacecraft, the seeds of undersized Red Robin tomatoes went to the ISS, which the astronauts will try to grow on the ISS. This experience may prove useful for future long-duration space missions. 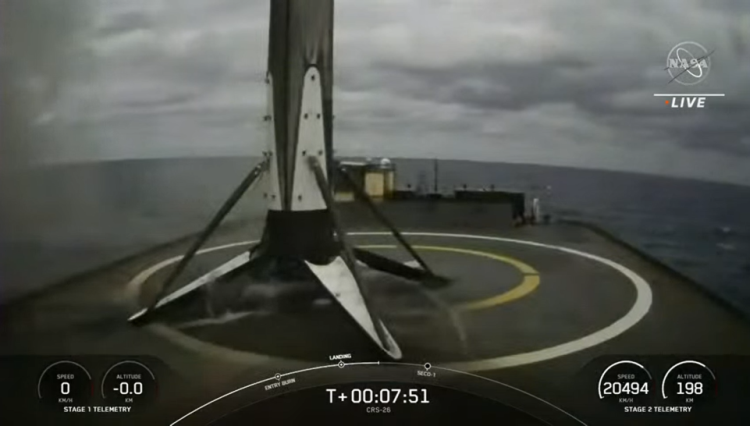 Together with scientific equipment, more powerful solar panels will be delivered to the ISS, which will allow further modernization of the orbital station. The new iROSA solar panels will be deployed on top of the existing panels. It is planned to install six iROSA elements, two of which have already been successfully integrated into the structure of the ISS. During a recent spacewalk, the astronauts also completed preparations to install three more solar arrays.

Uncharted 5: Instead of a sequel, there is a reboot – rumor