The United States imposed a complete ban on the supply of telecommunications and video equipment from China – in particular, products from Huawei, ZTE and others 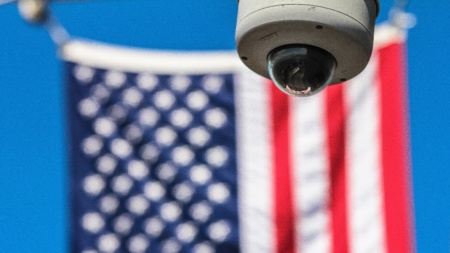 Huawei, ZTE, Hikvision, Hytera and Dahua supply telecommunications equipment and video surveillance technology in the United States, but these products are now banned.

The list (where prohibited products and services are listed) currently includes communications equipment manufactured by Huawei Technologies, ZTE Corporation, Hytera Communications, Hangzhou Hikvision Digital Technology and Dahua Technology (as well as their subsidiaries and affiliates). The new rules implement a directive from the Safe Equipment Act of 2021, signed into law by President Biden last November.

The Trump administration has previously accused firms like Huawei, ZTE and DJI of being national security threats and added them to the Commerce Department’s “list”. The document did not allow American companies to export technology to Chinese, and not vice versa. This may have affected the availability of Android updates on Huawei phones, for example, since the Android supplier, Google, is a US company.

And while the FCC has its own “list of companies” that it considers a threat to national security (it also ordered network operators to remove and replace all Huawei and ZTE equipment – probably billions of dollars), the commission has not previously held companies either. from the supply or sale of these products in the United States.

When Best Buy and Home Depot stopped selling Dahua and Hikvision security cameras, it wasn’t because the government ordered them to stop selling them – the stores simply didn’t want to be associated with reports of human rights violations. Both brands can still be found on Amazon.

But even Amazon will no longer be able to legally sell new products unless the FCC grants permission. Every such product imported for sale in the United States ends up in the FCC OET database – if it is not there, companies will not be able to supply bulk quantities of equipment for sale.

As for Hytera, Hikvision and Dahua security cameras, they may need to label their products more carefully to avoid a ban. Technically, the FCC is only denying approval to equipment designed for “public safety, the security of government agencies, surveillance of the physical security of critical infrastructure, and other national security purposes.”

“We will require these three companies to document what guarantees they will apply to marketing or selling for these purposes. We are freezing all their applications for authorization of telecommunications equipment and video surveillance until this work is completed, ”Jessica Rosenworsel said in a statement.

As a result, if companies agree to sell cameras to consumers or small businesses, they can probably be imported and sold. In addition, the FCC does not revoke previously issued permits.

SIFU: A fan-favorite mode is coming for Action Game of the Year contender

Disgusting find in the coffee machine: What many simply forget after the purchase