The developers of the medieval multiplayer action game Chivalry 2 have announced the introduction of a combat pass system, which is called the Campaign Pass here. It allows you to unlock various rewards for leveling up on a special scale, among which there are both free and premium versions that require purchase.

The first pass, called Winter War, will be available in the next major update. It will allow players to receive in-game currency (gold and crowns), as well as cosmetic items such as weapon skins, armor, helmets, in-game titles, and more.

Unlike the battle passes from most other games, the Campaign Pass has no time limit. It can be upgraded even after the end of the season, so you don’t have to worry about not reaching the maximum level within the allotted time. By the way, a similar system is used in Halo Infinite. 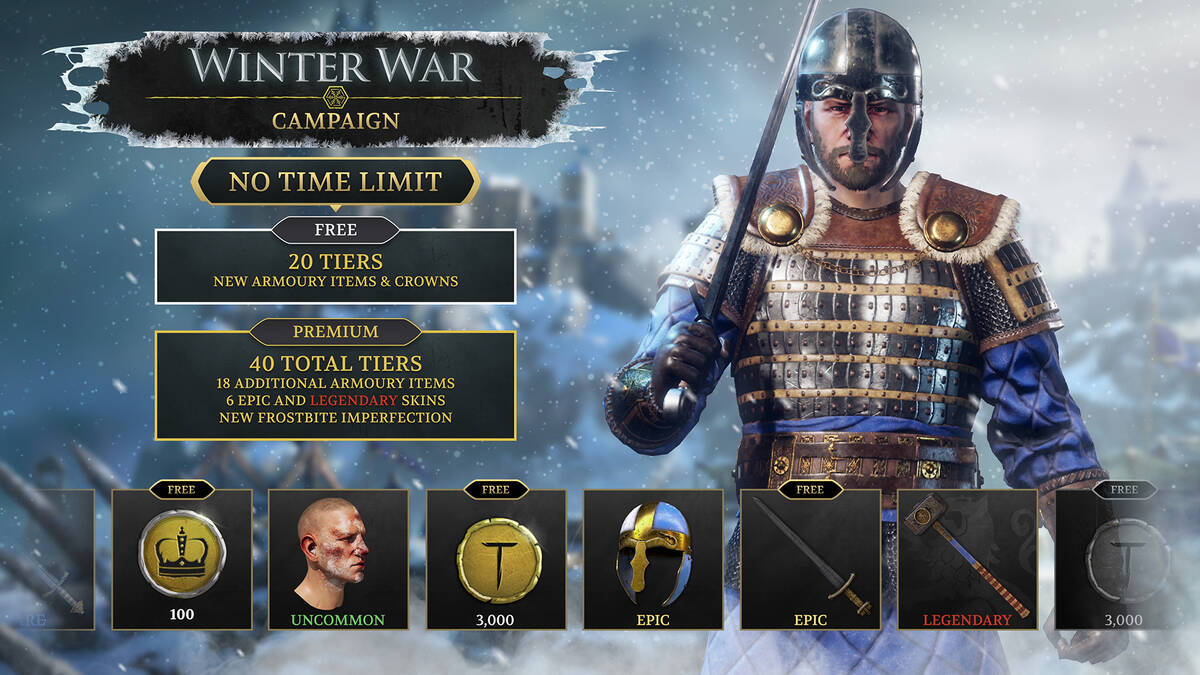 The best smartwatch with WearOS is on unmissable sale

PC Game Pass: Players are receiving codes for The Walking Dead due to issues