From Tatsunoko to Final Fantasy: the evolution of Yoshitaka Amano’s style

Although Lucca Comics & Games is intended mainly as an event dedicated to the world of comics, animation and board games, in recent years the video game has gradually become one of the main protagonists of the Tuscan event, it is no coincidence that the appointments linked to mediums have literally increased tenfold. As proof of this, during the latest edition the Italian press had the unmissable opportunity to meet the legendary Yoshitaka Amano, a world-famous artist who in 1987 inextricably linked his name to the Final Fantasy series (for more details, go to re-read the special about the artist who drew Final Fantasy).

Having participated in the press café organized with the maestro, who spoke about his style and sources of inspiration during the meeting, we offer you our complete report below.

Western influences and the birth of his style

Born in Shizuoka in March 1952, master Amano achieved global fame thanks to the illustrations created for the Final Fantasy series starting from the second half of the 1980s, but his career began two decades earlier, i.e. when he started working as an animator at Tatsunoko Production (the animation studio behind timeless classics such as the Time Bokan or Tekkaman series). A particular moment in his life, which the sensei remembers for the effort and the enormous workload that he was required to carry out in a very limited amount of time.

During the meeting with the Italian press, Amano in fact recounted that in that period he often found himself having to create thirty minutes of animated sequences in the space of a very few days in which not only the main characters of the various series appeared, such as Kyashan or Polimar, but also many secondary figures and even guests from other works.

Pressed on his first experiences and above all on the influences that have contributed to forming his style and his extremely refined taste, Amano immediately spoke of his well-known passion for American comics, which once in Japan were not easily available as it is today.

Yoshitaka Amano: “I started working as a character designer in the animation industry, however I have always drawn a lot of inspiration from DC Comics characters such as Superman and Batman, as although they were fictional they rested on concrete and real backgrounds. When I was a kid it was very difficult find American superhero comics. I remember going to Kanda (a small area of ​​Tokyo) because there I was able to find some comics and always there I came across the works of Neal Adams. His works in particular were of great inspiration. 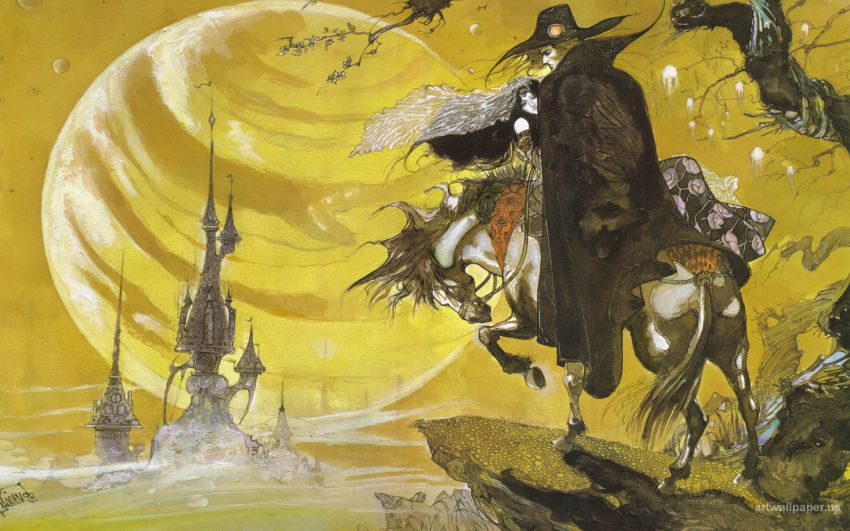 “When I entered the animation industry, I wanted to build my own style. When a person starts doing a job like that, he can’t just watch his own work. Just because it’s still the beginning, you also have to observe other people to understand the way they work. So it wasn’t an internal creative process, but I literally started looking at others. Being a creative, some time later I felt the importance of challenging my style and experimenting. This is that makes you grow as an artist. For me it was fundamental to face new challenges and new ideas that I hadn’t even thought about initially, because this helped shape my style.”

The enormous contribution made to Final Fantasy

As already anticipated, 1987 saw the birth of Hironobu Sakaguchi’s first final fantasy, and Yoshitaka Amano’s involvement in the Final Fantasy project marked an extremely important moment in the history of the medium. If it is true that in the past the gaming industry had already involved several established artists in the creation of covers, the art of sensei Amano instead tried to “tell” and even expand the world of Fantasy Fantasy, which through its own pixel art could communicate a limited amount of information. During the press café held in Lucca, the Italian press tried to understand what inspired the master in the creation of such a rich imagery that it was not for nothing that it was unique in its kind at the time.

Yoshitaka Amano: “I had just come out of the world of animation and had just started working as an illustrator for fantasy and sci-fi themed works. The first Final Fantasy only came out in 1987, but between 1982 and 1986 I was I’ve already been asked to design something for a game that would become Final Fantasy. I was asked to make a main character that wasn’t the typical muscular protagonist who only wanted to fight. He had to be able to think and have doubts. Until There hadn’t been that many video games set in a fantasy world in Japan at the time, but after Final Fantasy that kind of setting became quite common.” 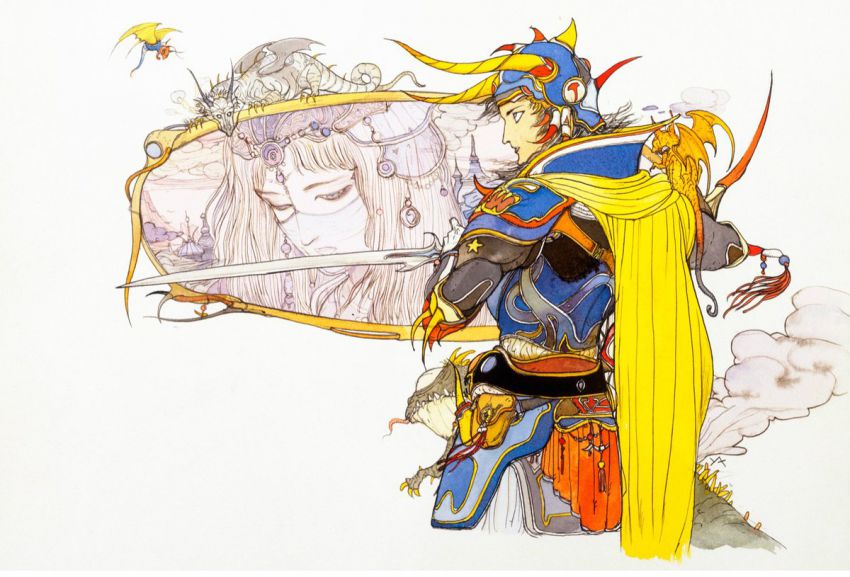 “When I began to imagine this world, I first of all asked myself what fantasy was. For me, being Japanese, the Japanese tradition and the history of the samurai are not mythology. They are something real. Probably on the other side of the world the history of Japan is seen as a mythological tale, but for us it is simply part of our history. So I asked myself what could be considered fantasy. My starting point was the various Western mythologies, such as the Greek and the Egyptian ones. based on the history, the past, civilizations and great ancient cities of the West, which in Japan we have naturally seen from afar.”

Author of works that almost seem to dance, Yoshitaka Amano has created countless commissioned works and shaped characters that other character designers have subsequently adapted so that they could appear in anime and video games. When asked about this complex and far from obvious creative process, the master finally spoke about his role in the whole process.

Yoshitaka Amano: “When I was working in the animation world, I always liked creating new characters. My job was always to draw them on paper, after which my illustrations were passed on to my colleagues to adapt them to the final product. I know that new technologies have brought many changes to the creative process behind making anime and video games, but at the moment it doesn’t concern me. My job is to create illustrations on paper. I don’t think I have to be involved in everything that happens later, as it’s not part of my role.” “In the 80s there was no 3D, it was all in 2D. Later, better technologies will certainly arrive, which will be able to adapt my works even more effectively. However, as I said before, that’s not my role. As an artist, I just put my imagination on paper. Of course I always hope that my work will be adapted in the best possible way, but I trust those who do it completely.”

Silence - It may be the solution to electrical problems!