A few hours ago, the Orion spacecraft, as part of the Artemis I mission, maneuvered and entered the so-called deep retrograde orbit around the Moon (DRO). The unmanned capsule rose to a height of 54,000 km above the surface of our natural satellite. In doing so, Orion today set the record for the most human-capable spacecraft ever to be farthest from Earth. True, he did it without a crew, but still ahead. 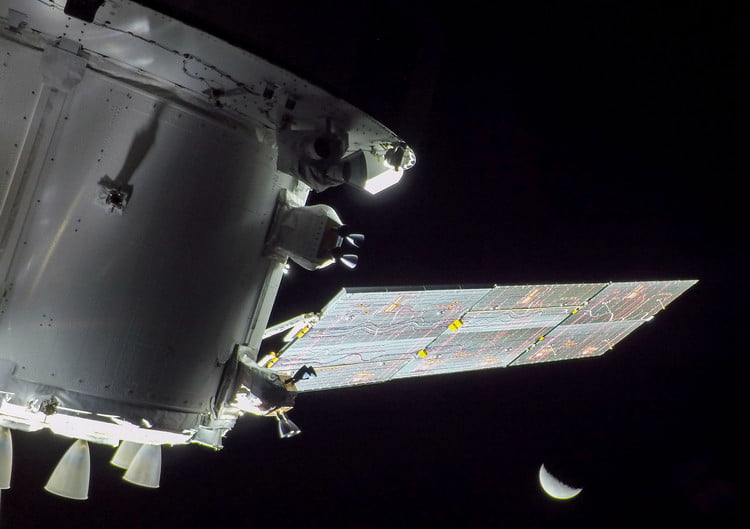 The far retrograde orbit is a stable orbit beyond the Lagrange points of the stable Earth-Moon gravitational system. This stability is ensured by the gravitational balance between our planet, the Moon and the Lagrange points L1 and L2. The spacecraft used this orbit for the first time in the history of terrestrial astronautics. It took 88 seconds for the ship’s engines to reach the new course.

For the whole next week, Orion will only overcome half of the new orbit, it is so long. But it won’t go all the way. At a given site, the ship will perform a new gravitational maneuver and go downhill so that the moon’s gravity throws it back to the Earth. According to calculations, the splashdown of the ship in the Pacific Ocean is expected on December 11. Upon reentry, the ship will experience an enhanced heat shield that has not been used since the Apollo missions. After a flyby of the Moon, Orion will enter the atmosphere at a higher speed than during a normal deorbit, so the heat load on the ship will be much, much higher.

The success of the entire event will set the stage for the Artemis II mission in 2024, during which today’s route of the unmanned Orion will be repeated by the capsule with astronauts. In 2026, the Artemis III mission may take place, during which an attempt will be made to re-land a man on the moon.

Coach of Argentina: "The tenth number decided the outcome of the game, but it's too early to rejoice"

Season 2 of Unbreakable is set to premiere in 2023.