We have witnessed many forms of competition between supermarkets. In some cases it’s the prices and the many promotions. In others it is TV advertising where some ads end up responding to others. However, supermarkets’ next weapon is not promotions. In fact, it is something much more powerful and that can make all the difference. Especially at a time when electric vehicles seem to be more fashionable than ever, a trend that should not stop. Who gains from all this? Consumers! It is for this reason that supermarkets’ next weapon is not promotions.

In fact, if we analyze the state of the market and look at the distribution of electric chargers, we can see that the availability of this equipment has been a major trend in shopping centers and other spaces of the kind. The same goes for several hypermarkets such as Continente, Auchan and LIDL.

LIDL wants to gain an advantage over others in this field and as such wants to offer the most affordable prices. All to win more customers. This is without a doubt one more reason for people to visit LIDL. Since the vehicle is charging, take advantage and do some shopping. But the other commercial establishments also bet on different strategies. So they can have slightly more expensive rates but then they offer bonuses to compensate for this, as is the case on the mainland.

There are two clear ways to attract customers here. Either by offering lower rates, or by fast charging. In some cases both. However, there is always one thing that we have to take into account. It’s all pretty much as far as fast charging goes. Still, we need to pay attention that it ends up taking battery life.

Prices are in fact one of the key bets to attract customers. In the case of Auchan we couldn’t find the prices online. However, both LIDL and Continente do so very explicitly.

That said, in the case of LIDL and looking at the official page, we quickly see the rate applied. On the Continent, the exact same thing happens.

However, despite the difference in prices, there are some initiatives that can mitigate them. For example, in the case of Continente, despite the fare being slightly higher, we have access to some promotions that compensate for this fact.

For example, for every purchase of value equal to or greater than 30 € in Continente stores, Continente Modelo and Continente Bom Dia members, customers benefit from an offer in minutes to use in the service Continente Plug&Charge – 15 minutes (Fast) or 30 minutes (Slow), on your Continente Card balance. The offer is valid for 10 days.

However, Continente states that there is no minimum value for use, that is, it can supply less than 15 minutes. In this case, the minutes equivalent to the top-up will be accumulated on the Continente Card. Since the discount is for single use, if the supply is less than 15 minutes, it is considered that you have used the campaign in its entirety. Soon there will be more establishments joining this according to the rumors circulating on the Internet. There is talk, for example, of Leroy Merlin in Sintra.

In this regard, and similarly to LIDL, Mercadona also offers customers more competitive prices. The information I managed to find, although not recent, is 0.02 €/min. Unfortunately I couldn’t confirm if it’s still the same or not. 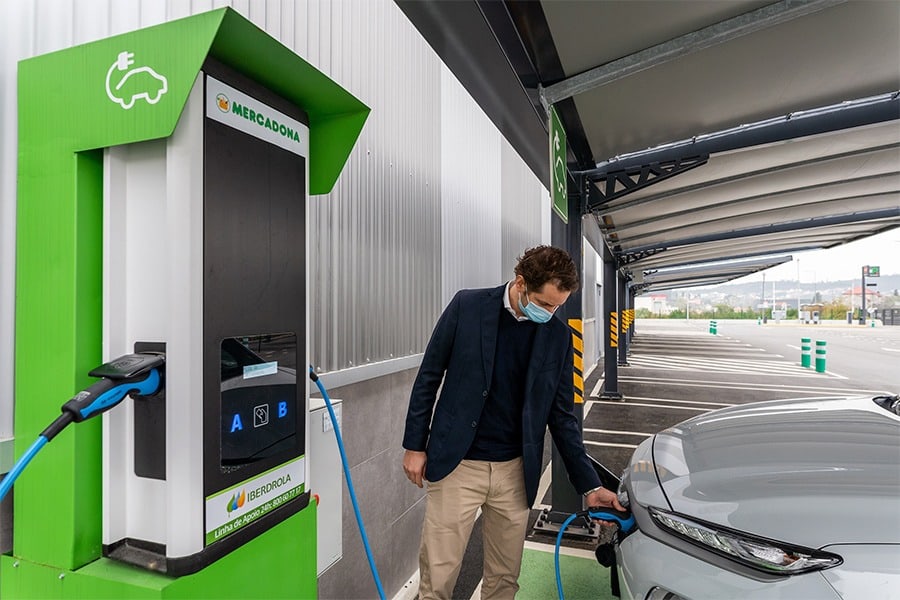 Who wins with all this is the consumer. More offer, better prices but, above all, with the availability of more chargers, the so-called Charge Rage begins to decrease.

Several companies have already spoken about this and even outside the company LeaseElectricCar.co.uk also went public to say that it is urgent to create a code of conduct to put an end to situations with motorists who argue at charging points. That said, drivers report numerous incidents with angry drivers arguing over who will use which charging point next. There are even people suddenly turning off other vehicles so they can use the charger. With the increase of charging stations these problems tend to decrease.

The Witcher: Netflix is ​​working on another spin-off, according to an indiscretion

Fortnite: Update 22.30 is here – Patch Notes with the changes & innovations

The fiasco of Real, which Mudrik chose, Malinovsky – to Marseille, tymoshchuk – in the bath