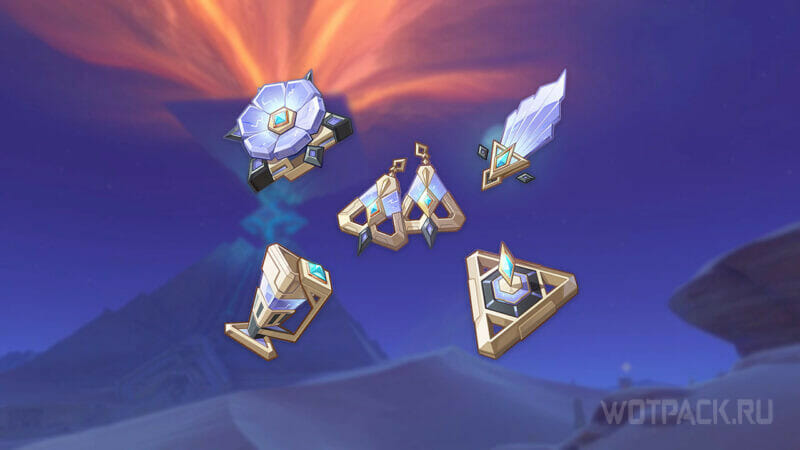 Desert Hall Chronicles in Genshin Impact – 4-5 ⭐ set of artifacts aimed at increasing Anemo damage and strengthening normal attacks. Although the set has specific characteristics, there are several characters in the game who can realize its potential from 4 pieces of the set.

The guide tells where to get the Chronicles of Halls in the desert, who to put the set on, and what bonuses it has. 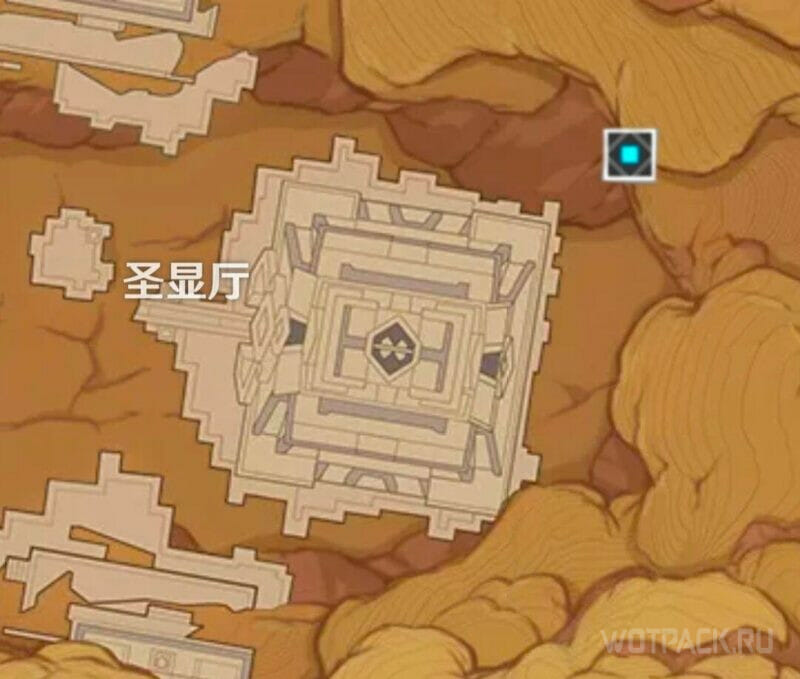 The Chronicles of the Halls in the Desert are knocked out of the dungeon in the desert region of Sumeru in the west of Haj-nisut. For completing this dungeon, you can also get the Flower of Lost Paradise artifacts.

The exact location will be available after Update 3.3 is released on December 7, 2022.

How the Chronicles of Halls in the Desert work

This set increases the wearer’s Anemo damage, as well as increases the speed and damage of all types of attacks. 4-piece bonus is activated only after application charged attack.

4 parts: After being hit by a charged strike, attack speed is increased by 10%, and the damage of normal, charged and falling attacks is increased by 40%. The effect lasts 15 seconds.

All the main characteristics of the artifacts drop out randomly, except for the flower and the feather. Below are the possible stat options:

Who is the Chronicle of the Halls in the desert in Genshin Impact suitable for?

Artifacts of the Chronicles of the Halls in the desert will suit Anemo characters who are the main damage dealers and use normal, charged or falling attacks to deal damage. At the same time, it is important to take into account that the set is aimed at increasing the carrier’s own damage, that is, when playing through the Dispel reaction, it is less effective than the same Emerald Shadow.

Thus, the set will suit the following heroes:

Wanderer (Scaramuccia) uses normal and charged attacks during the duration of the elemental skill (hover). And in general, the hero is designed just for this style of play, so he fully implements the set in his classic DPS build. Xiao. Since the bonus damage is given to falling attacks, and the character in any build focuses on attack / crits, the set will suit him perfectly. In this case, the explosion of the elements should be activated after using a charged attack, so that bonuses work for 15 seconds (exactly the same amount of Xiao’s ult lasts). Heizo. Also a great choice if he takes the position of the main damage dealer and hits with auto-attacks. However, if the team has a large number of different elements that Heizo dispels, it is better to give preference to the Emerald Shadow.

With certain nuances, the kit can be used on:

Kazuha. Most often wears only 2 pieces. But if he gathers through crits and plays like a main damage dealer, you can put a full set, given that he has a special attack mechanic in the fall – Midare Ranzan. Genie. A fairly versatile character who is able to take the position of both a healer and a damage dealer. Therefore, in her case, you can also use a full set, but only if she plays through a physical build.

The set can be combined with almost any artifacts. When selecting the second half, it is worth starting from the role of the character in the squad, what he focuses on when dealing damage, or what stats he lacks. Possible options for combination:

We hope our guide helped you figure out who to put the Chronicles of Halls in the desert. If you have any questions about the characteristics or use of the set, write about it in the comments. Follow other artifact guides on our website.

Apple had a bad Christmas 2022! 6 billion dollars went up in smoke

Amazon Kindle: It's that easy to download free e-books

Why has Disneyland Paris closed this iconic attraction with no announced resumption date?

Hideo Kojima had his photograph taken with Jim Ryan, the president of Sony