Why do electric cars catch fire?

Often highly publicized because of impressive images, electric car fires are fortunately very rare. But why can an electric car catch fire, and why is the fire so persistent? Answer in this article. Car fires are, in the majority of cases, intentional, but sometimes they can also be accidental and due to a malfunction. Often, following a fire, when the car is recent, the manufacturer investigates and organizes a recall campaign if the fire results from a manufacturing defect.

With the emergence of the electric car in recent years and the many questions that revolve around a technology which, casually, remains quite “new” compared to thermal cars, the incidents, and in particular the fires concerning them, make the headlines of the specialized press. We can cite the car fire in the summer of 2022 in Gironde, which was due to an electrical fault… of a thermal van! Or even the Hyundai Kona with a battery that seems to be defective.

There have been many articles highlighting this or that electric car (often Teslas, since they have long been “alone” and numerous on the electric car market) in the grip of a fire.

As a result, in the collective imagination, and this is quite normal, we have regularly heard it said, wrongly, “that an electric car is more likely to catch fire than a thermal one”. To make matters worse, these fires are often impressive and violent, considering that lithium-ion batteries are very energy dense. This therefore leads to a long and persistent fire, thus forcing the firefighters to face stubborn and spectacular fires. Below, here is for example a Tesla Model S which catches fire, and this one has nothing to do with that of a thermal car.

How does an electric car fire occur?

For a thermal car, the causes of a fire can be multiple. In the majority of cases, this follows a road accident, while manufacturing defects and bad repairs come second and third respectively. This can lead to fuel leaks, electrical system failures, a significant source of heat (engine overheating, etc.), a catalyst problem, etc.

As you are surely aware, electric cars are technically less complex than thermal cars (absence of many fluids, complex gearboxes, highly flammable elements, etc.), so they should be less subject to fires. But we will come back to this a little later.

However, what can cause an electric car to catch fire? As with thermal models, the reasons can be multiple, but they are usually very different. Deterioration of wiring and batteries are usually the most exposed elements that lead to an electric car fire. Since 100% electric cars are in most cases very recent, these concerns do not yet concern them.

The most frequent risks on a new car concern the batteries, in particular often due to overload and high temperatures. But there again, these are manufacturing defects in the majority of cases where overloading and high temperatures are only aggravating factors. Most battery faults are attributable to suppliers rather than manufacturers.

Identifying the source of a car fire, thermal or electrical, is generally very complicated since the car is generally completely burnt out and the traces of the origin of the fire have disappeared.

Why are the fires so stubborn?

Some even compare electric car fires with gas-related ones. Recently, a video of the fire of an electric bus in Paris made the rounds of the web, especially because the images were quite impressive. Electric car lights are very complicated for firefighters to put out, as these models are their own fuel source, they can burn for hours and be difficult to cool.

So even when a fire seems out, it can light up quickly, and that is why firefighters are now trained in extinguishing fires involving vehicles with batteries (hybrid and electric). A few years ago, Tesla even prepared a guide prepared for the attention of first aid. In the same spirit, General Motors has also set up, in Canada and the United States, training for first aid in the event of a fire in an electric car.

A new challenge for firefighters

Electric cars do not burn like thermal cars. This is what the firefighters noted not so long ago on the Sacramento side following the fire of a Tesla Model S: 17,000 liters of water were needed to extinguish the fire. and a mini-basin was created to immerse the electric batteries. In its report, Tesla indicates that it is necessary, in general between 11,350 liters and 30,300 liters of water to extinguish the fire of an electric car. 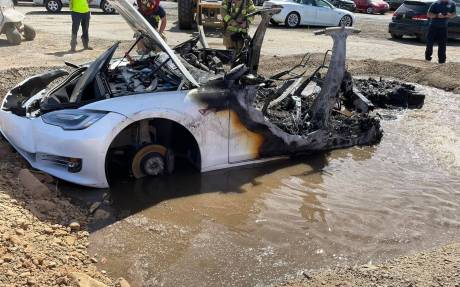 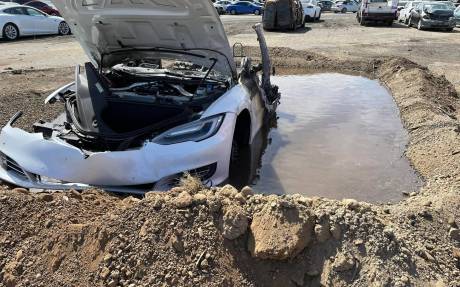 Batteries can also catch fire again several hours or even days after the initial incident, due to a phenomenon known as “thermal runaway” which can occur in damaged lithium-ion batteries. Also according to the American manufacturer, it is recommended to monitor the temperature of the batteries for at least 24 hours after a fire.

Manufacturers are now required to publish a first aid guide for every model they produce, but the US Transportation Accident Investigation Board (NTSB) recently clarified that only eight manufacturers out of the 22 concerned had fully integrated its recommendations.

Do electric cars burn more than others?

As stated above, with the media coverage given to burning electric cars, one would think that they are more prone to fires. But what about the facts? It’s hard to take a step back, since the electric car is still recent, but a recent American study seems to undermine received ideas.

Indeed, the insurer AutoinsuranceEZ has aggregated several thousand data from three different sources to draw up a report of the vehicles most at risk. The three sources in question are the NTSB, the Bureau of Transportation Statistics and the US Central Registry of Automobile Recalls.

And the data is quite edifying, since the insurer, after cross-checking the official registration data with the number of fires recorded by the administration, whether on accidents, but also “spontaneous” fires, the category of cars most sensitive to fires would be that of hybrids. The insurer thus highlights a rate of 3,457 fires per 100,000 vehicles, ahead of thermal (1,529) and electric (25). This is not the absolute value (because 3.457% of hybrid cars that would catch fire, that would be a lot…), but of a rate of fire. 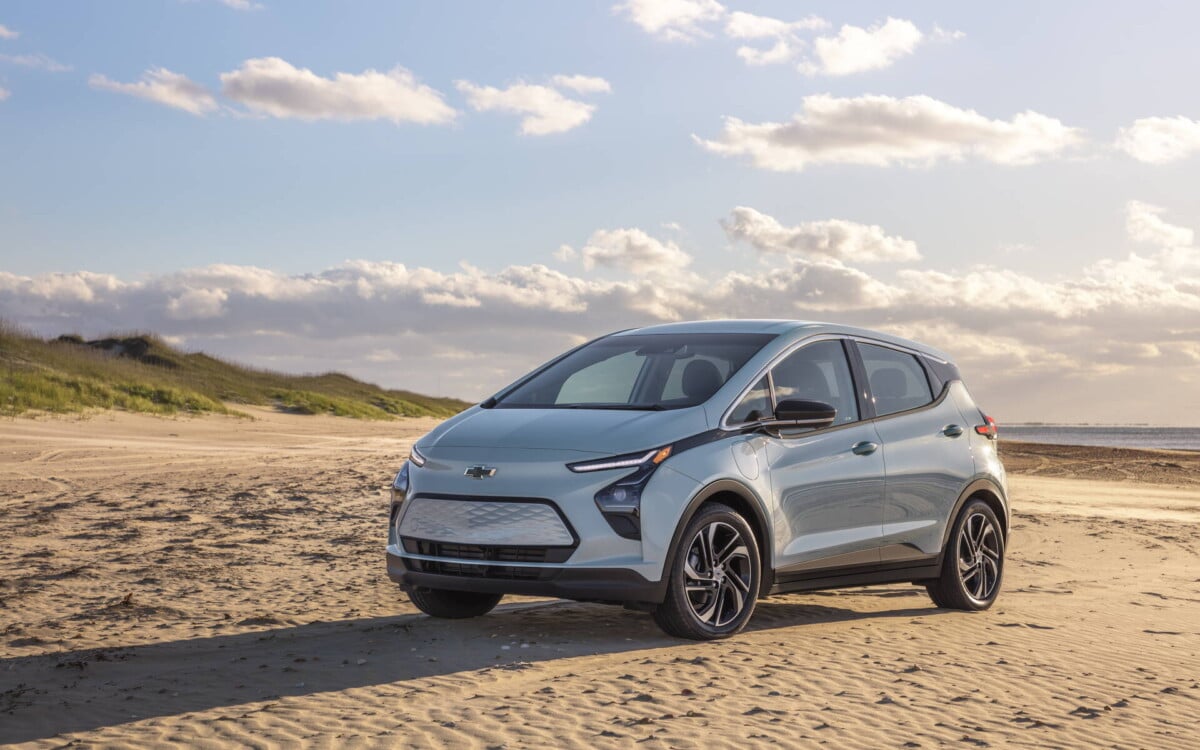 The Chevrolet Bolt has been the subject of a major recall campaign in the United States for a fire hazard // Source: Chevrolet

Generally, in the event of a fire risk, the manufacturers are very reactive and set up quite significant recall campaigns. For example, Hyundai had to recall 82,000 Kona electric some time ago for a battery problem.

More recently, Chevrolet made headlines in the United States with its Bolt. General Motors, Chevrolet’s parent company, advised owners of certain Bolt EVs in mid-2021 not to park them indoors or charge them unattended overnight, all before initiating a recall. his vehicle. After investigation, defects on batteries manufactured by LG could, in certain circumstances, trigger fire outbreaks.

The French insurer AXA confirms the information, based on accident figures: an electric car is no more likely to catch fire than a thermal car (petrol or diesel). 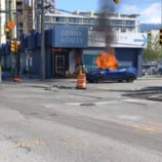 On May 22, 2022, a Tesla Model Y spontaneously caught fire. Its occupant panicked and broke the window to get out quickly. We wondered why electric car fires are so…
Read more

Price increase at Canal+, the Renault Mégane E-Tech disappoints and One UI 5 - Tech news of the week

How to take notes with your Xiaomi smartphone