Wings (glider or glider) in Genshin Impact are a special kind of tool that allows any active character to overcome huge distances through the air. There are a number of different gliders in the game, which can only be obtained under certain conditions. Wings have no additional characteristics, they differ only in appearance.

In this article, we’ll cover all of the currently available wings in Genshin Impact, as well as how to get them.

How to Get the Novice Wings Glider 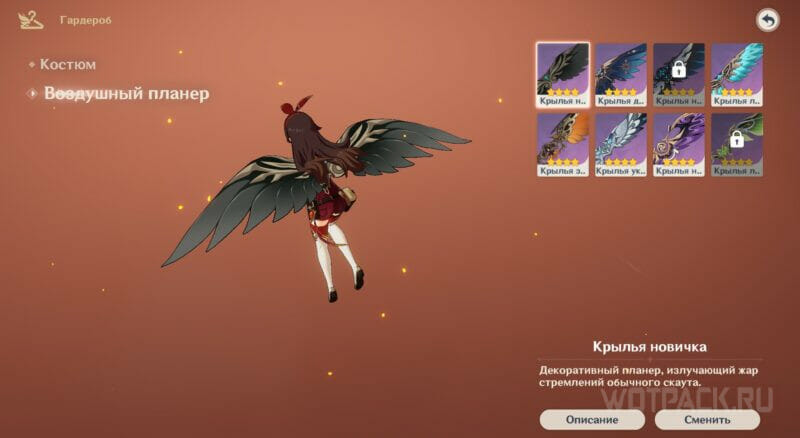 Novice Wings is the first glider that can be obtained at the beginning of the game’s storyline. As part of the Archon quest City of Freedom, scout Ember will give the Traveler these wings as a gift.

Wings in Genshin Impact for reputation

For reaching the maximum level of reputation in each of the regions of Teyvat, the Traveler is given a special glider, made in the style of the element corresponding to the kingdom. Like the regions, at the moment there are only 4 types of wings.

Wings of the Azure Sky (Mondstadt) 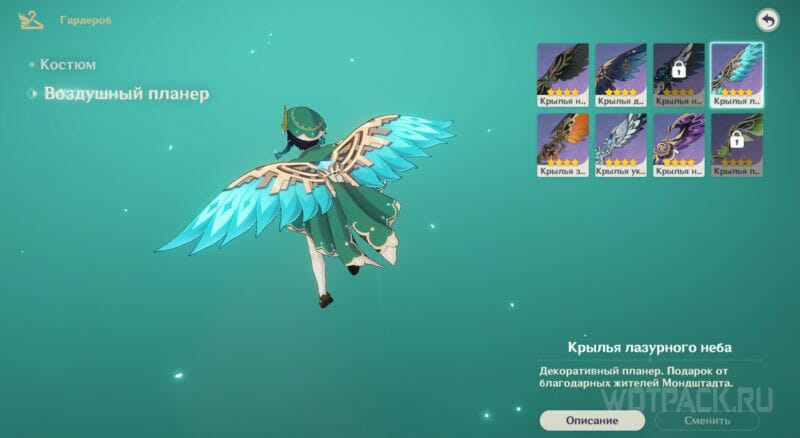 Awarded for reaching reputation level 8 in Mondstadt. In total, to receive, you will need to accumulate 3,220 points. 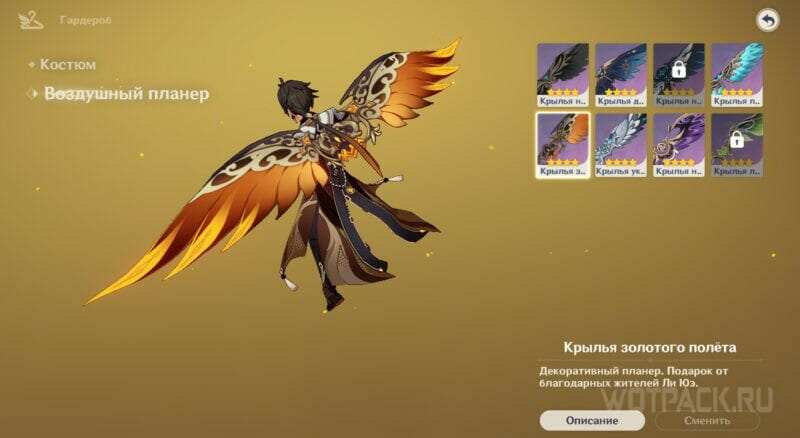 Can be obtained for Li Yue reputation level 8. As for the Anemo region, you need to get 3,220 points in total. 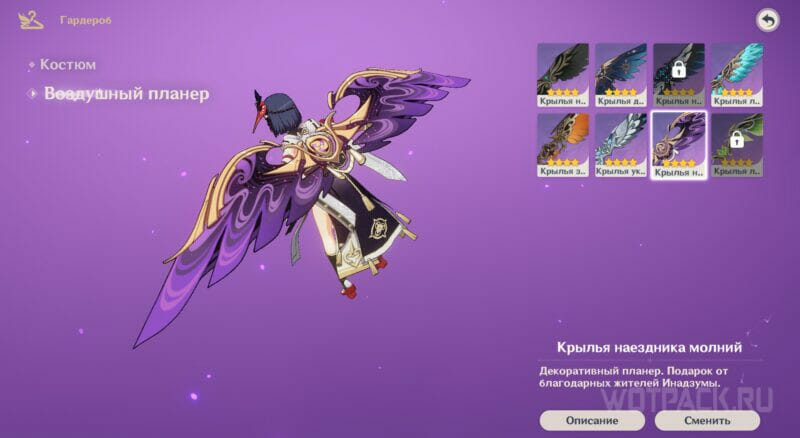 Reputation level 10 in Inazuma will unlock the ability to pick up a gift in the form of special wings. To do this, you need to collect 5,850 points.

Wings of the Forest (Sumeru) 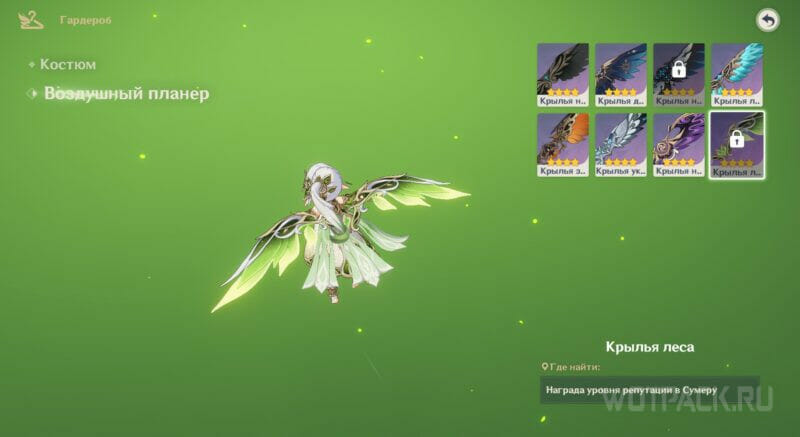 In addition to game mechanics, gliders can be given out for various events and events in the gaming community, as well as for some HoYoverse collaborations with well-known companies. 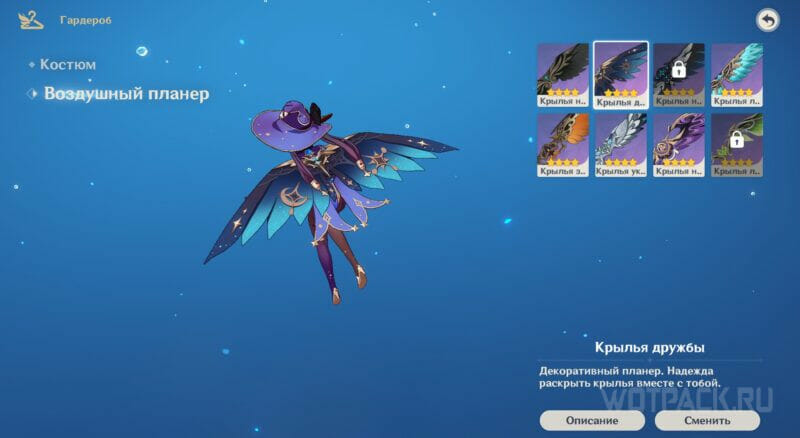 A special glider can be obtained at the very beginning of the game when registering a new account and entering the game. Wings are issued in honor of the official release of the game from version 1.0 and to this day. 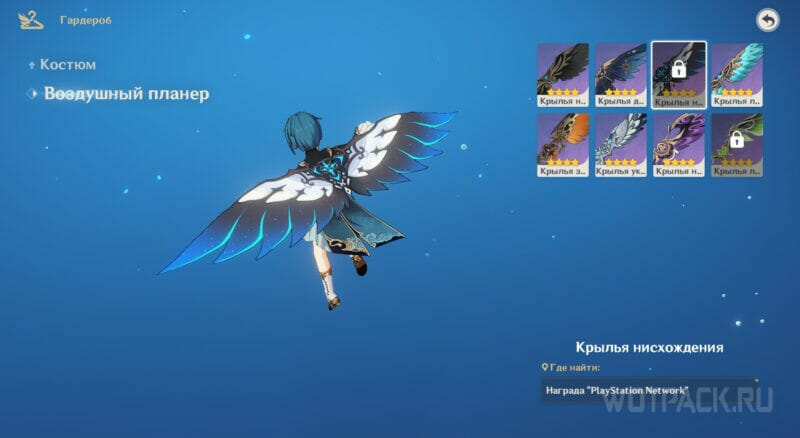 Exclusive glider can get and use PlayStation Network players only. Log in to the game on your PS4 or 5 console and collect the gift from the in-game mailbox. 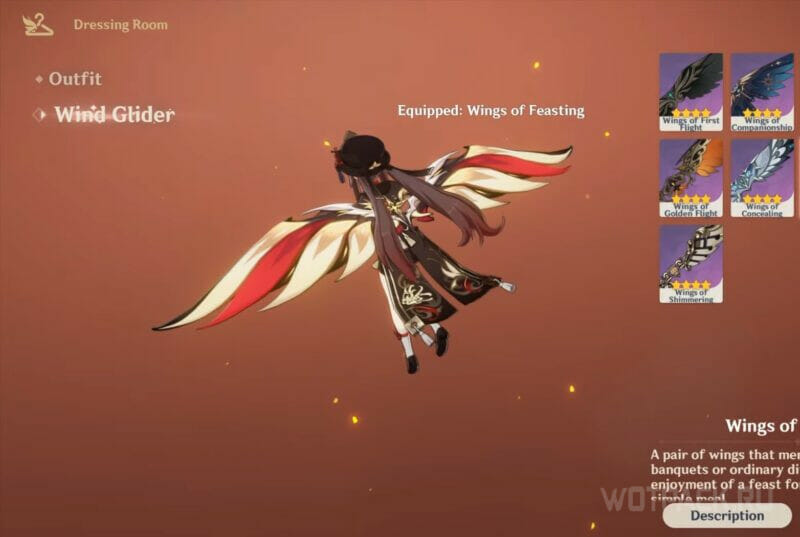 A special type of wings could be obtained during the “Adventurers Guild” event on the platform Twitch. For subscribing to certain streamers, players were given a redemption code, which was exchanged for an exclusive glider.

Also, the code was issued in checks KFC restaurants in China when ordering a special combo. 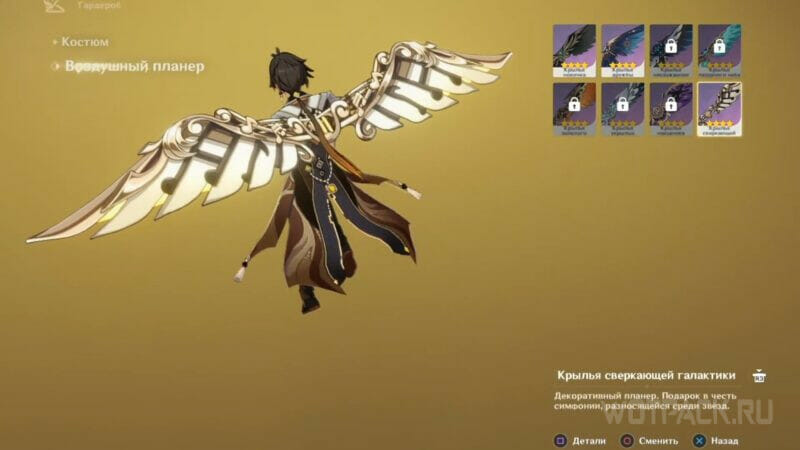 As part of first anniversary of the game and the online concert “Melodies of an Endless Journey”, all players were given a special glider as a gift. Wings could be obtained along with a letter in the game mail.

How to get Wings of Sheltered Snows 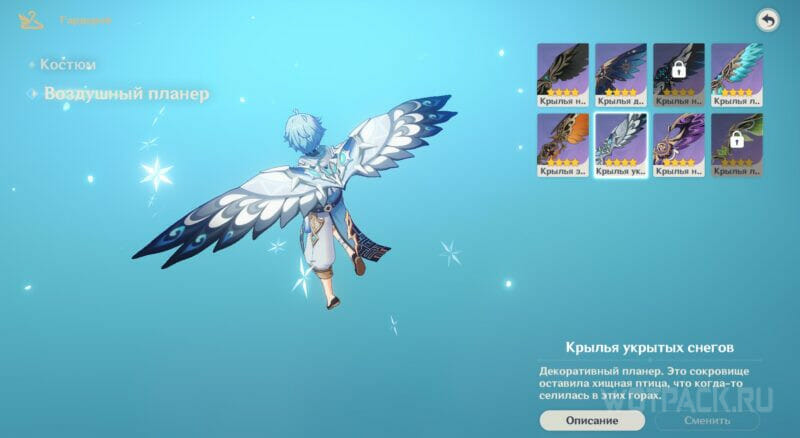 Sheltered Snow Wings can be obtained by reaching level 12 offerings to the Permafrost Tree in Dragonspine Range, which requires collecting 120 Crimson Agate.

We hope this article helped you learn how to get wings in Genshin Impact. Share your opinion about gliders in comments, or leave your questions about how to get gliders there. Also read other guides and walkthroughs for Genshin Impact in the relevant sections of our website.

Call of Duty Warzone 2.0 and Modern Warfare 2: Season 1 arrives with many new features

The Witcher 3, industrial_paradoxe's Triss Merigold cosplay is preparing for the next-gen

The OnePlus 11 will be announced much sooner than expected