It started to appear with Android 13 stable version. Continuing to distribute rapidly at this point, Samsung has upgraded most of its flagships to new versions, and as of now, it has turned its focus to the mid-segment and flagship models that have debuted in the past years. Finally, another model received the Android 13-based One UI 5.0 update. Galaxy M53 5G incoming update for M536BXXU1BVK4 have the build number and October 2022 security brings the crop with it. Apart from that, it is worth noting that it is available for Galaxy M53 5G models in Europe. If you live in the region in question, you can upgrade your phone to Android 13 by going to Settings > Software update and pressing the “Download and install” button. 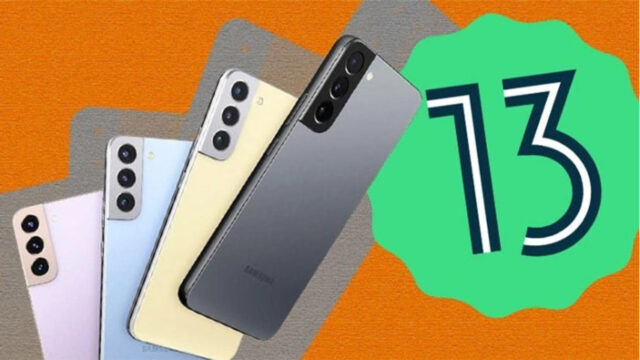 Samsung phones that will get Android 13 update!

The list of Samsung smartphones that will receive the Android 13-based One UI 5.0 update has emerged. Here are the details…

Samsung models that support Android 13 and One UI 5.0 update:

Joipaw is a console for dogs, with real games for our four-legged friends

Gran Turismo 7: Yamauchi hopes for a new FIA partnership and a bigger World Series in 2023

Cyber ​​Monday: for the latest 65-inch LG OLED TV at a bargain price, it's now

Pokémon Scarlet / Violet, Legendary: how to capture a second Koraidon or Miraidon? Our guide

The Witcher 3: exact date and time of the next-gen patch revealed by CD Projekt

How to play Xbox Game Pass games on iPhone