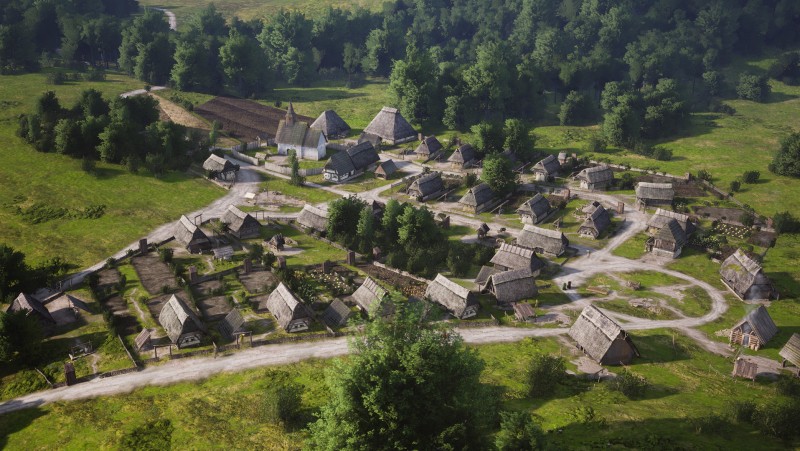 Manor Lords is an upcoming medieval strategy game from Slavic Magic and Hooded Horse. The game includes city-building gameplay, massive Total War-style battles, and diplomacy mechanics. This is a promising game with incredible visuals and highly detailed cities. Hooded Horse has released many strategy games over the past few years, including the popular Clanfolk colony simulator. The system requirements for Manor Lords have now been officially announced.

Despite excellent visuals, Manor Lords is not too demanding on resources. If you want to play the game at higher settings, you’ll need something like the GTX 1070 paired with the Ryzen 5 1400. The GTX 1070 is still a decent card, especially for 1080p gaming, but due to its age, it’s no longer Perfect for mid budget games.

If you don’t mind lowering a few settings, then even the GTX 670 will do. Hopefully, these requirements mean that the developers have left room for scaling for lower-end and high-end machines. You will probably need an even better CPU/GPU combination to ensure smooth performance if you want to play at higher resolutions.

In addition, you will only need 16 GB to install the game, and 16 GB of RAM is recommended. Check out some gameplay videos below.

You can add the game to your wishlist on the game page on Steam.

Nvidia Shield TV Pro: Amazon is selling off the best Android TV box at a very good price for Christmas

Is WWE 2K23 for PC based on the old-gen versions for PS4 and Xbox One?

A must-have game for horror fans is coming to Fortnite!