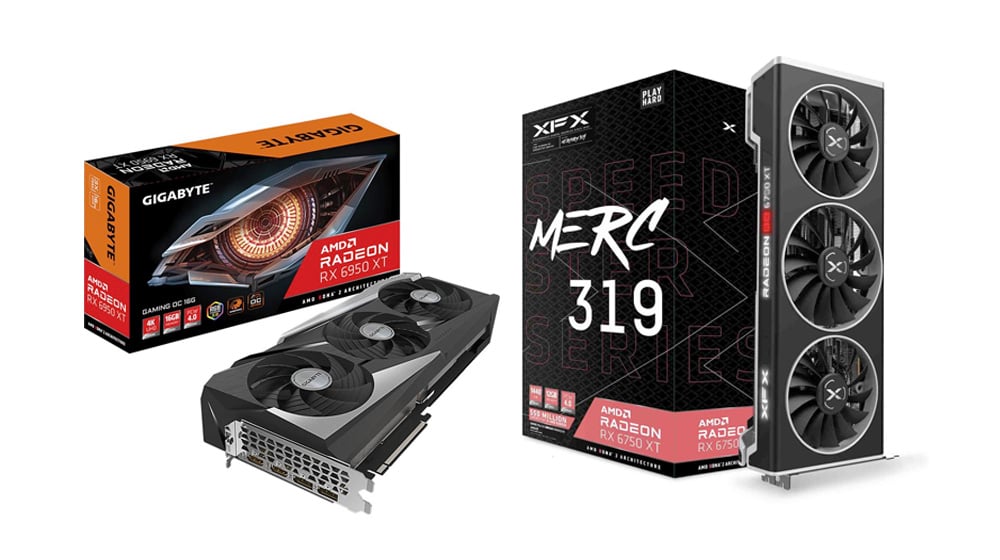 In about two weeks, the first next-gen graphics cards from AMD will be released with the Radeon RX 7900 XT and Radeon RX 7900 XTX. More and more leaks about the alleged performance data are appearing – more on that below. Anyone who would rather buy a graphics card with a GPU of the current generation is probably looking forward to Cyber ​​Monday, the finale of the long Black Friday week. We’ve checked where the cheapest Radeon graphics card deals are. It has been shown that the Radeon RX 6950 XT had the largest price drop in a weekly comparison.

How are the prices of Radeon graphics cards developing?

At retailers like Amazon, the biggest shopping campaign of the year, Black Friday week, comes to an end with Cyber ​​Monday. Asus in particular likes to use the Amazon marketplace to offer its graphics cards cheaply, as our following market overview of the cheapest Radeon offers shows. The Radeon RX 6950 XT has lost the most significant price weight. Around 50 euros was slimmed down here. Otherwise, the hoped-for discount battle on Cyber ​​Monday did not materialize. Recently, however, the prices for Radeon graphics cards have dropped noticeably.

Also worth reading: Amazon Black Friday: 99% of all deals are rubbish – the 50 top deals on Cyber ​​Monday

Availability ticker: Here you can buy the cheapest Geforce RTX 4090

Also worth reading: Buy a graphics card on Black Friday: Here you can order the RTX 3080 & Co. at the cheapest price

AMD has revealed the maximum expansion of the Navi 32 and Navi 33 GPUs through public program code. Accordingly, the two chips have 60 or 32 compute units. The time will finally come on December 13th: AMD will then want to take up the fight against Nvidia’s RTX 4000 generation with the Radeon RX 7900 XT and the Radeon RX 7900 XTX. Compared to the competition, the RRPs of the two graphics cards are comparatively low at 899 and 999 US dollars, but of course still far too high for many gamers. While the RX 7900 XT(X) relies on the largest GPU Navi 31, there will be smaller offshoots called Navi 32 and Navi 33 as usual. In preparation for these GPUs, AMD has now implemented appropriate support in its own ROCm software and thus revealed the maximum expansion level. According to this, the middle chip Navi 32 should have 60 compute units (CUs) and the small chip Navi 33 should have 32 compute units. Navi 32 is particularly interesting, for which one would actually have expected a multiple of 16 – i.e. 64 CUs. Either way, the expansion is a significant leap compared to the predecessor Navi 22, which only came onto the market with 40 compute units. The successor would thus have one and a half times as many shader units – a significantly larger jump than the 20 additional percent of Navi 31. The situation is different with Navi 33 here: the predecessor already had 32 CUs or 2,048 shaders . However, the new architecture and production should also result in an increase in performance, and the leak should at least make it clear that AMD is also keeping an eye on the entry-level segment.

Also worth reading: Amazon Cyber ​​Monday: Bluetooth headphones from 1More up to 50% cheaper until December 4th

More offers to save

If you are not only interested in the current market prices for Radeon graphics cards but also in savings offers from Amazon, Alternate, Media Markt and Co., you should not miss our Daily Deals. Our PCGH technology guide portal provides well-founded purchase advice for technology products. Prices of the coveted Geforce and Radeon graphics cards and other technology products can be checked with the PCGH price comparison.

God of War or Elden Ring? This famous magazine reveals its GOTY 2022 and its Top 10, one of the two is going to be very disappointed!

After France - Spain, Amine promises something "to make you feel good" like Squeezie and his GP Explorer