Crossfire: Legion has been available in Early Access for a long time, but the final full version was a long time coming. Now, however, an end to this waiting time is in sight, because there is a release date – and it’s already close! 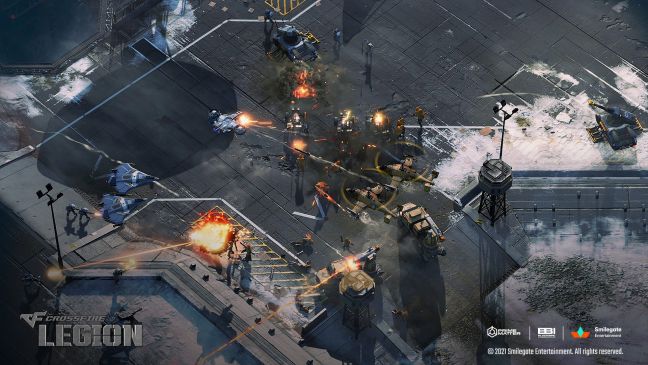 As confirmed in a press release today, Prime Matter and Smilegate will release the good piece in its finished version on December 8, 2022 and thus leave Early Access. At the start there should be a whole range of game modes, features, new units and commanders and the last act of the campaign. The game will also launch with a free weekend, allowing new players to discover the title for themselves from December 8th to 11th.

The changes in the full version compared to the previous Early Access version are officially stated as follows:

Crossfire: Legion previously entered Early Access in May this year; since then the title has grown continuously. The final game content of the full version therefore reads as follows:

The real-time strategy game Crossfire: Legion is leaving Early Access and finally has a release date.

Didier DESCHAMPS: "Mbappe set himself the goal of winning the World Cup"

Wo Long Fallen Dynasty: Fights should be more dynamic and elegant than in Nioh

Indiana Jones could return – as a TV series!