Il support team from Cyberpunk 2077 it dropped drastically during 2022. As at 31 October 2022 it was reduced to approx one fifth than it was on December 31, 2022. This is shown by a graph contained in the latest financial report of CD Projekt, where the distribution of the company’s internal resources is illustrated.

To compensate, there is the increase in developers working on Cyberpunk 2077: Phantom Liberty, the first and only expansion of the game, which currently occupies most of the company. 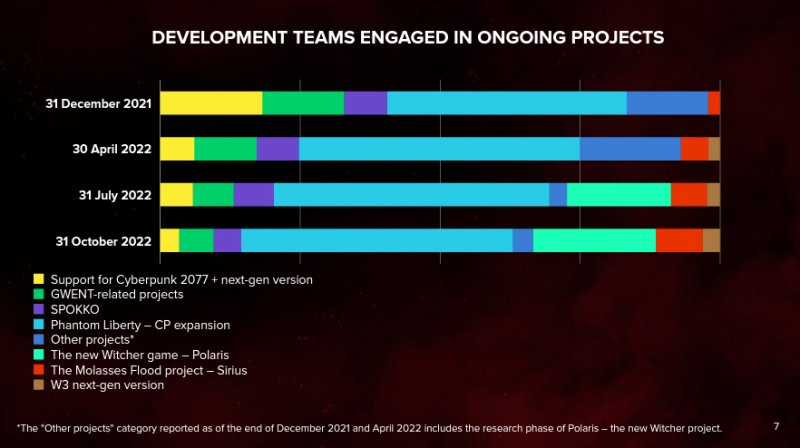 Note the generous size of the team working on the new (as yet untitled) Witcher game, as well as those put on Sirius, the side project, also of The Witcher franchise, of The Molasses Flood.

For those wondering, Spokko is the mobile sector of the company, decidedly a minority compared to the others, which moreover has seen a reduction in resources allocated compared to previous months. Evidently the experiments made by CD Projekt did not go very well.

The reduction of developers to support Cyberpunk 2077 is physiological at this stage. Once the next-gen versions have been published and excellent stability has been reached with version 1.6, the bulk of the recovery work from the disastrous launch can now be considered concluded.

Windows 10 and 11 have a 'Camera on/off' notification, so you can switch it on

Cyber ​​Monday: when looking for a good PC gamer 27 screen, I really didn't expect to win speakers of this quality