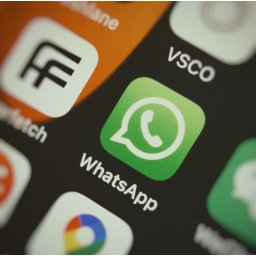 On one hacking forum, which appeared as an alternative to the now defunct Raidforums, 487 million mobile phone numbers of WhatsApp users are being sold.

The vendor says that the 2022 database contains WhatsApp user data from 84 countries, with the largest number of users coming from Egypt (45 million stolen phone numbers), Italy (35 million) and the US (32 million). Serbia is also on the list with 162,898 stolen phone numbers.

Upon request, he shared a sample of the data with researchers who then confirmed that the numbers in the sample were indeed numbers of WhatsApp users. This sample contained 1097 UK and 817 US mobile numbers.

The retailer did not reveal how it obtained the database, only saying that they “used their own strategy” to collect the data. Regardless of how this data was collected, the damage it could cause should not be taken lightly.

Cybercriminals buy such data to use for “smishing” and “vishing” attacks. Therefore, users are advised to be careful with calls from unknown people, as well as with suspicious messages. Impersonation and fraud are common companions of leaking phone numbers.

Meta has so far declined to comment on this report. Cybernews speculates that this information could have been obtained through a method known as “scraping,” which would be a violation of WhatsApp’s Terms of Service.

After Cybernews published this information, the ad was deleted from the said hacking forum, but another ad was published in which another seller claims to sell details of WhatsApp users.

It should be recalled that in January 2021 Facebook sued the Portuguese company due to the development of malicious extensions for Google’s Chrome web browser, which enable data scraping.

In October 2021, Meta also sued a citizen of Ukraine for stealing the data of 178 million users of the social network and selling the stolen data on hacking forums.

Also, this news comes a year after the media broke the news about the massive data leak of Facebook users. It was then announced that they leaked data on 533 million social network users from 106 countries.

Xiaomi 13 and MIUI 14 already have an official presentation date, still in 2022

Musiala surpassed one of Muller's achievements at the world championships

Dead Space Remake is going Gold, there will be no postponements. The announcement of EA Motive

What is the difference between GPU and video card?

The new trailer for Ant-Man and the Wasp: Quantum Mania will be shown on January 9