Some electric vehicles, due to the specifics of the torque of electric motors, are ready to offer acceleration to 100 km / h in less than 2 seconds, including modifications of the Tesla Plaid series, but in the hypercar segment, the struggle is for hundredths of a second below this milestone. The Italian Pininfarina Batista can not only accelerate to 100 km / h in 1.86 seconds, but also stop after that in a record short 31 meters. At the same time, the power reserve of the car reaches 476 km. 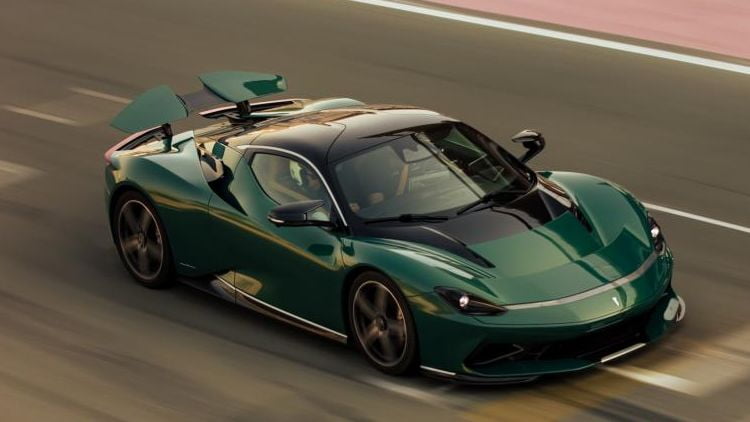 A press release on the Pininfarina website, describing the achievements of this hypercar, could have been lost since November 21, but attention was involuntarily drawn to the information lull caused by the protracted holidays in the United States. It should be recalled that the famous design studio Pininfarina is now wholly owned by the Indian auto giant Mahindra & Mahindra. At the same time, cooperation with the Croatian Rimac is not hidden – the Italian hypercar got a traction battery with a capacity of 120 kWh from it. The Batista power plant has a capacity of 1900 hp. and is capable of delivering a torque of 2340 Nm. The maximum speed reaches 350 km / h, but it is obvious that all attempts to approach it significantly reduce the cruising range, which is designed for 476 km of movement only with “civilian” speeds.

Pininfarina Batista is also capable of accelerating to 200 km/h in 4.75 seconds, and one of the main achievements of the car, the creators consider the record short braking distance when decelerating from a speed of 100 km/h, which does not exceed 31 meters. By the way, not only the acceleration rate to 100 km/h and the braking distance, but also the declared power reserve for a hypercar on traction batteries is a record for mass-produced electric vehicles.

It takes more than 1250 man-hours to assemble each instance with a high use of manual labor, in total no more than 150 Pininfarina Batista hypercars will be produced. The cost starts at 2.2 million euros excluding taxes, and the manufacturer predictably began to offer this car in Saudi Arabia and the UAE.

ENRIQUE: "I liked the game with Germany more than the final result"

VIDEO. Flags of the Russian Federation are prohibited, Zinchenko is in the tour team, we bet on Liverpool