The Insider Gaming portal noticed that, following a recent leak, more than an hour of gameplay from Electronic Arts and Criterion Games, an open-world racing arcade game Need for Speed ​​Unbound, has hit the Web. 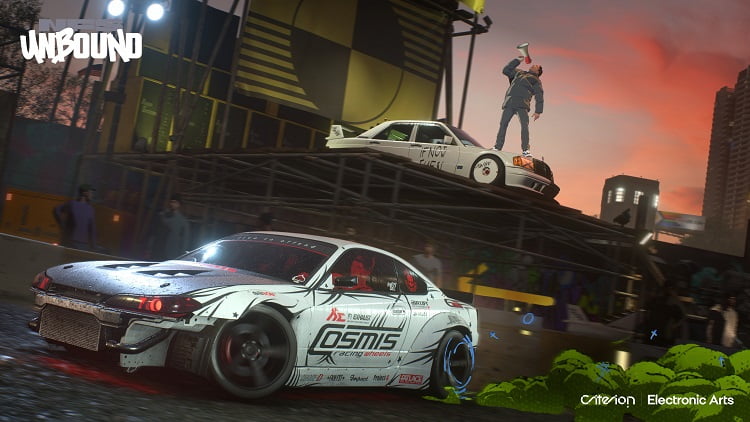 A YouTube user under the pseudonym Mr Carrot posted on his channel recordings of live broadcasts of streamers gerrykurlsucks and Chocolove95. Both of them have already been blocked, but the videos are still available.

A 15-minute video from the gerrykurlsucks channel showcases gameplay on a Volkswagen Beetle, including city driving, racing competitions, and a car customization system.

In a 37-minute clip from Chocolove95’s stream, the player competes against rivals and eludes the cops in a Lamborghini, and shows the car’s customization options.

The videos listed were in English, and the video published on the YouTube channel KiNg_oF_TP shows 9 minutes of gameplay on a Nissan GT-R R35 in the German version of Need for Speed ​​Unbound.

Published videos and ongoing broadcasts are promptly blocked, but Electronic Arts does not keep up with all the leaks: more and more people get access to Need for Speed ​​​​Unbound in anticipation of the official release.

NFS Unbound will be released on December 2nd on PC (Steam, EA App, EGS), PS5, Xbox Series X and S, but the Palace edition includes access to the game from November 29th. Gamers will have to get to the main street race of the city of Lakeshore – the Grand Ride.

Given its falling price, the Google Pixel 6a is the smartphone to buy on Cyber ​​Monday 2022

VIDEO. The goalkeeper of the Polish national team ended the interview with the words "Glory to Ukraine"