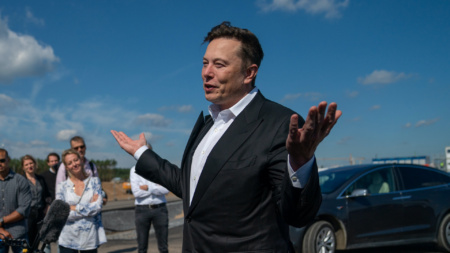 Elon Musk claims that the number of new Twitter users in November is at an “unprecedented high” despite changes in moderation and a possible increase in “toxicity” on the network. Musk attributes the growth to his own efforts to prevent user and advertiser churn.

In the seven days leading up to November 16, new user signups averaged over 2 million per day, Musk said, up 66% from the same week in 2021.

User activity was also at an all-time high, averaging nearly 8 billion active minutes per day during the period, up 30% from the same time last year. As of November 13, the number of incidents of hate speech has decreased compared to October last year. Earlier this month, before and after the launch of Twitter Blue, impersonation reports on the platform skyrocketed.

Musk, who also runs aerospace company SpaceX, neurochip startup Neuralink and Boring Company, said the Twitter purchase is accelerating his drive to build an “app for everything” called X. According to him, “Twitter 2.0 The Everything App” will have features like encrypted communications, long tweets and the ability to make payments.

Twitter’s CEO said he sees “a path to Twitter exceeding a billion monthly users in 12 to 18 months.”

Advertisers, including large companies such as General Motors, Mondelez International, Volkswagen AG, have suspended advertising on the platform as they do not trust the new Twitter chief and his policies. The social network has experienced a significant drop in revenue due to an exodus of advertisers. Musk accuses human rights groups of pressuring companies to end their partnership with Twitter. Activists are urging Twitter advertisers to leave the platform after Musk lifted a ban on tweets by 45th US President Donald Trump.

Hundreds of Twitter employees quit following Musk’s ultimatum of “long hours at high intensity.” In November, the company laid off half of its staff, including teams responsible for communications, content moderation, human rights and machine learning ethics, as well as some development and engineering teams.

Have you ordered a comeback? Cameroon equalized against Serbia

Marvel's Spider-Man 2: actor who voices Venom indicates that we will have news this week

The Devil in Me: The season finale is approaching and I found the first hour scary