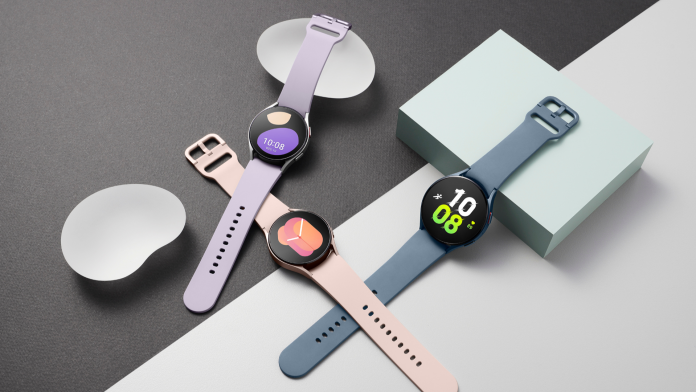 Samsung has released a World Cup themed update for the Galaxy Watch 5. It doesn’t appear to be an official partnership with FIFA.

Despite the fact that the World Cup has already started, Samsung is only now rolling out the update to the Galaxy Watch 5. Together with some stability updates, the special World Cup interface comes to the smartwatch. Those updates apparently serve to “improve notifications and the behavior of the device”, for the rest it is purely about the World Cup update. It looks like it’s just a new dial design. There are no related functions, such as live match scores.

The World Cup interface is actually not that new either. It’s a redesign of the “Ball” dial that came with the Watch 5. With this update you can choose from the flags of all participating countries as wallpaper. The color and style of the clock hands can also be customized. There would also be some special animations depending on the actions you perform on the smartwatch. However, the details are not yet clear.

So far, the update for the Galaxy Watch 5 and 5 Pro only appears to be available in South Korea. It is not yet clear when users in other regions will be able to download it.

Sons of The Forest “only” in Early Access: That’s what the Steam community says

Aroged: Toshiba privatization is delayed until mid-December, at least

Cyber ​​Monday: Harry Potter brings back Black Friday with the integral 4K Blu-Ray at half price!

Resident Evil 4: The Remake will remove an iconic element from the original game!

Hi-Fi Rush: Bethesda’s new game to be announced soon, per a well-known leaker