The developer and manufacturer of the XP-1 hydrogen supercar, Hyperion is preparing to deploy a network of mobile hydrogen filling stations in the United States that can additionally serve as charging stations for electric vehicles. At the same time, such gas stations are quite autonomous – they do not require the supply of hydrogen and extract it by electrolysis directly from the water. 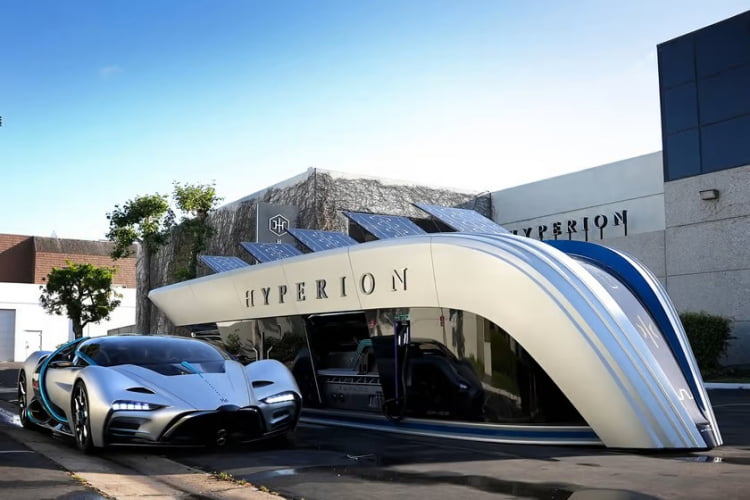 The Hyperion project may face some challenges. One of the main advantages of electric vehicles is the ability to charge them at home or at work, so returning to gas stations is unlikely to delight potential customers. Nevertheless, it is possible that the hydrogen auto industry in world history will have to pay more attention than expected – until the world simply produces enough lithium to provide the entire population of the world with batteries in the coming decades. 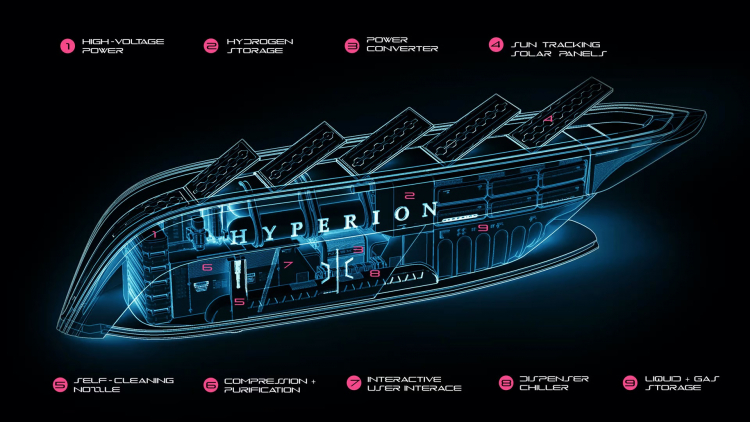 However, Hyperion’s solution, which has developed a hydrogen hypercar with a range of 1600 km, is quite effective and does not rely on traditional hydrogen supply chains. Gas stations will produce hydrogen from water where there are sources of hydrogen and electricity. Although gas stations will be powered by solar cells, this is unlikely to be enough to produce gas in significant quantities for mass refueling of cars, so it is likely that they will be placed in an area with access to conventional electricity.

Stations provide self-service. Moreover, such filling stations can also serve to charge conventional electric vehicles, allowing electric vehicles to be charged up to 80% in 20 minutes. It will take about 5 minutes to refuel with hydrogen.

Gas stations under the Hyper:Fuel Mobile Stations trademark will be produced at the company’s plant in Ohio, and the company intends to create a network in the United States from 2023. The manufacturer intends to place mobile stations next to conventional gas stations, near large supermarket parking lots and other places with high traffic.

Hyperion believes that this is a way to quickly and inexpensively deploy a network of hydrogen refueling with minimal risk and investment. There is no need to purchase land or enter into long-term contracts for its lease, and if the gas station is not used in one place, you can always move it to where there will be more interest in it.

Tesla: an essential feature finally becomes functional, it just had to wait a few years

Cyber ​​Monday Apple: iPhone, iPad and MacBook on sale to counter the increase

Rolled out like children. Serbia score third goal against Cameroon

Cdiscount sales: the most popular Tech products are on sale